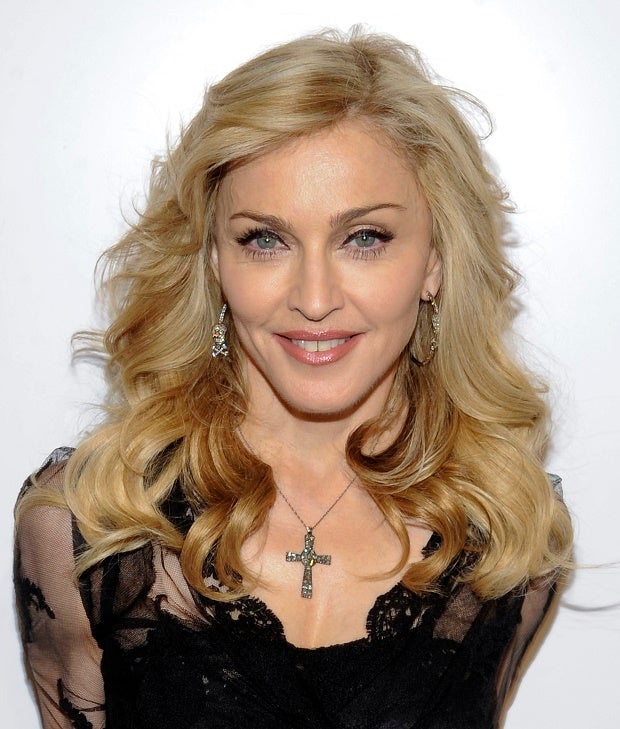 This April 12, 2012, file photo shows singer Madonna arriving at Macy’s Herald Square to launch her new fragrance in New York. At her concert Thursday, Sept. 24, 2015, in Philadelphia, where Francis is scheduled to make the last stop of his US tour this weekend, a tongue-in-cheek Madonna dedicated a section of her show to him. She later announced: “Rules are for fools. That’s why I like the new pope. He seems very open-minded.” AP FILE PHOTO

PHILADELPHIA — A woman with plenty of experience tangling with the Vatican has given Pope Francis her endorsement during his first US visit.

At her concert Thursday night in Philadelphia, where Francis is scheduled this weekend to make the last stop of his tour, a tongue-in-cheek Madonna dedicated a section of her show to him.

She later announced: “Rules are for fools. That’s why I like the new pope. He seems very open-minded.”

It was just one of many comments about Francis at a concert that featured lots of religious imagery, including female performers wearing nuns’ habits — and little else — pole dancing on crosses.

“The pope is stalking me,” she said, noting she recently performed in New York, where Francis is until Saturday morning. “Either he’s a copycat or he’s secretly in love with me.”

After climbing up on a table in a clingy, shimmering dress, the 57-year-old provocateur said: “I made it. Can the pope do that?”

And then: “I’ve been excommunicated from the Catholic Church three times. It shows the Vatican really cares,” she joked.

“Since Popey-wopey is on his way over here, I want to dedicate this song to him,” she said before launching into a heartfelt version of “La Vie en Rose.”

That doesn’t necessarily mean the Vatican has entirely banished the singer. In December, Italy’s singing nun, Sister Cristina Scuccia, met Francis and presented him with a copy of her first CD, which features a remake of Madonna’s “Like a Virgin.” Scuccia had won the Italian edition of “The Voice” earlier that year. The Italian Bishops’ Conference criticized the song’s appearance on the CD, saying it was a commercial ploy.

Singing nun gives pope CD with ‘Like a Virgin’