Susan Roces: Sheryl Cruz is entitled to her opinion 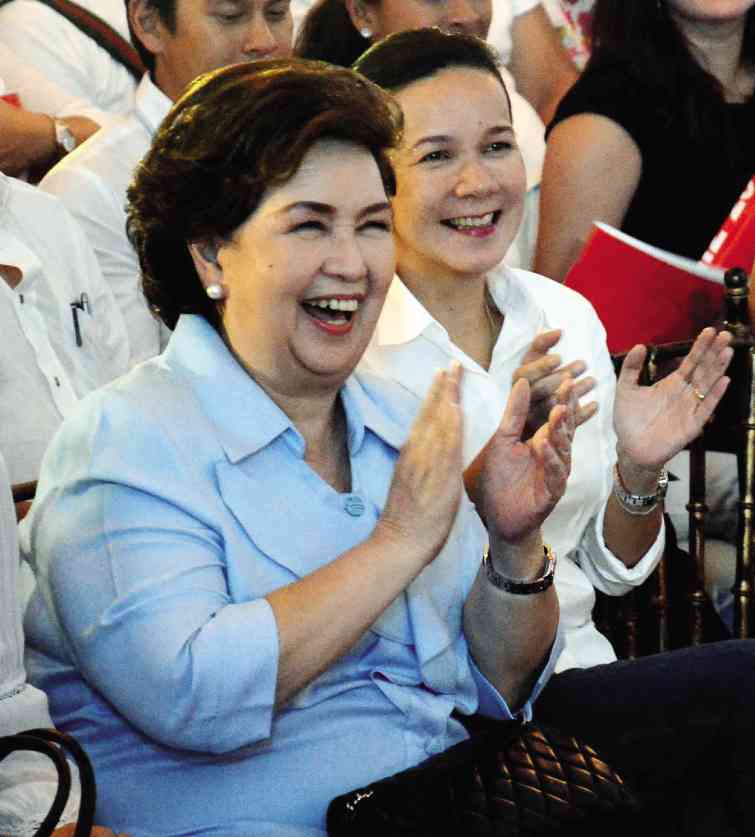 That’s her opinion. I have nothing to say about that.”

This was the reply given by actress Susan Roces when asked by newsmen for her reaction to her niece Sheryl Cruz’s controversial remark regarding her daughter Grace Poe’s presidential bid.

Roces, through her talent manager Dolor Guevarra, told the Inquirer they had not spoken to Cruz since she made public her opposition to her cousin running for the country’s highest post.

“The only thing we know about her (Cruz) is that her talent manager, Rams David, has decided to resign. We also don’t know why,” Guevarra said.

Cruz, who campaigned for Poe when the latter ran for senator in 2013, told the Inquirer in a separate interview on Tuesday that Poe’s “popularity cannot be translated to capability.”

She also refused to undergo DNA testing to help determine her cousin’s parentage and, subsequently, her citizenship. (Cruz’s mother, actress Rosemarie Sonora, and the late dictator Ferdinand Marcos had been rumored to be Poe’s biological parents.)

“Grace is ready to take on any challenge related to her work,” said Roces in defense of her daughter’s decision to run for president.

Roces said Poe “picked political science as her course in college. This means she is ready to face whatever concerns there are in relation to her job.”

Poe is Roces’ adopted daughter with the late Action King Fernando Poe Jr., who also ran for president in 2004 but lost.

As a mother, Roces said she wished nothing but for her only child “to be able to fulfill her dream.”

“I’m thankful for the result of the survey,” Roces told the Inquirer at the media gathering for her latest drama series “FPJ’s Ang Probinsyano” on ABS-CBN.

Roces added: “A mother is never prepared for anything like this. The recent turn of events caught me by surprise. But as a parent, I make my child’s interest my priority.”

Seeing how dedicated the senator is to her work, Roces said she decided to “simply pray for Grace. I will always be here for her, ready to offer any help that I can give. Right now, however, I think I will be most helpful by keeping quiet.”

Roces said Poe and her family showed their support for her latest project by attending “Ang Probinsyano’s” special screening recently at the TriNoma Mall in Quezon City.

It is based on the 1997 film of the same title that starred the elder Poe. The latest version, which features Coco Martin in the lead role, will premiere on TV on Sept. 30. It also features Maja Salvador and Bela Padilla, and is codirected by Malu Sevilla and Avel Sunpongco.