Jennylyn Mercado: Dennis Trillo and I should forgive and forget 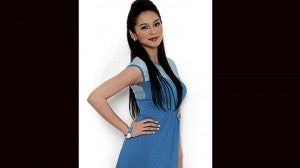 Luis Manzano was supposed to be with her Saturday night but he couldn’t make it. Does Luis tell her to stay away from Dennis? “Luis is not the type to do that,” she says. “Besides, it’s been seven months since Dennis and I broke up. Dapat forgive and forget na, para more blessings.”

Funny how ex-lovers who used to be “dead na dead” for each other turn dead-ma when their paths cross again.

Derek Ramsey doesn’t let success get into his system. Even after the success of the film “No Other Woman,” he still refuses to be dubbed the new box office king. He feels that, to deserve such a title, one must have a string of hit movies. With his talent, charisma and attitude, it won’t be long before fans exclaim that, for them, there’s “No Other Actor.”

A Viva insider told me that the movie outfit has plans to make another movie a la “No Other Woman.” This time around, Cristine Reyes will portray the mistress instead of the wife. Maybe they should cast Sarah Geronimo as the wife and Rayver Cruz as the man torn between them. That should make the plot really interesting. Three SMASHketeers?

I’m sure Ronnie is doing his job the best way he can. So hopefully, his detractors will stop saying OMG when referring to OMB.

Rumors are afloat that Venus Raj is moving to TV5 since she has no new project with ABS-CBN. Does it have something to do with the Kapamilya network’s interest in Shamcey Supsup?

From one beauty queen to another. Relinquishing of titles and hosting jobs as well? But TV5 insiders tell me there’s no formal offer yet for Venus. Watch where her “planet” will align soon.

Meanwhile, BEP’s Apl.de.ap ([email protected]) tweeted: “Join me to help (sic) the kids of the Philippines. Follow us on Twitter @WCBA Heroes. We can be anything with an education.”

Hail to the Apple of our (black) Eyed Pea(noy)s!