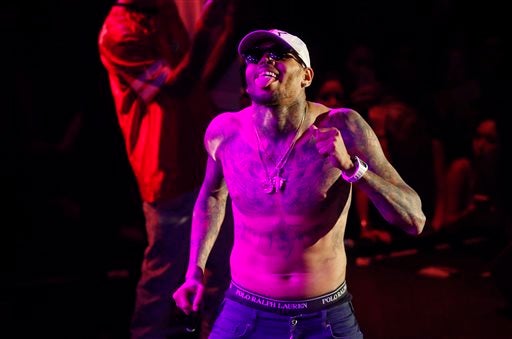 CANBERRA, Australia— A government minister has signaled that troubled R&B singer Chris Brown won’t be allowed to tour Australia in December because of his criminal conviction for assaulting pop star Rihanna.

READ: We Can’t Like Chris Brown Just Yet | Rapper Chris Brown ordered to remain in custody

Michaelia Cash, who was assistant minister for Immigration and Border Protection before a Cabinet reshuffle this week, said Thursday that she would recommend that Immigration Minister Peter Dutton refuse the 25-year-old American a visa on character grounds.

She was immediately backed by Prime Minister Malcolm Turnbull.

Both were speaking at the launch of a 100 million Australian dollar ($70 million) government initiative to prevent domestic violence.

Britain, Canada and New Zealand have also refused him visas.