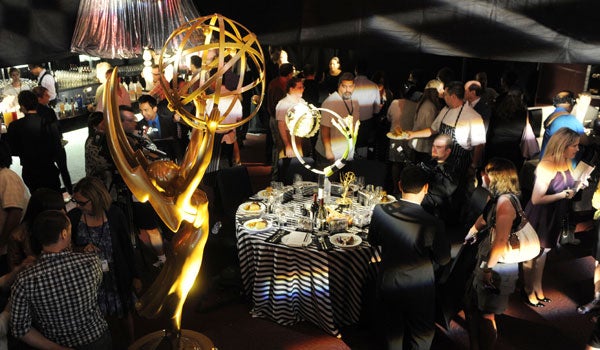 LOS ANGELES, United States—The Emmy Awards on Sunday will celebrate the best of the hundreds of television shows flooding US airwaves, in what many critics have called the small screen’s “golden age.”

But have audiences reached saturation point? Is there, in fact, too much good TV?

“We’re in this insane expansion—it’s getting a little crazy,” Tom Nunan, a professor at UCLA’s School of Theater, Film and Television, told AFP.

“I’m a freak addict of these shows but even I can’t keep up.”

According to industry experts, about 400 television shows will be on offer this year in the United States, up from 371 last year and roughly double the 213 from five years ago.

“This is simply too much television,” John Landgraf, head of the cable channel FX Networks, said recently, sparking gasps in the industry.

The production of television series shot up in the last 15 years as cable channels joined traditional networks in offering original programming.

Streaming services such as Amazon, Netflix and Hulu have since arrived on the scene with their own offerings.

“There are 60 channels who buy or commission scripted content,” Nunan said. “It is a strange confluence of new platforms along with overwhelming buying capability.”

Sensing the winds of change, acclaimed film actors—from Kevin Spacey on Netflix’s “House of Cards” to Viola Davis on ABC’s “How to Get Away with Murder”—have flocked to the small screen.

This in turn has not only boosted the quality of the shows on offer, but also increased the diversity of the projects that are developed for TV.

“Mad Men” is seen as one of the best shows in a triumphant era in television that has included mob classic “The Sopranos,” cop saga “The Wire” and crime drama “Breaking Bad.”

“This is the most exciting period I’ve ever seen in television, and it’s probably the most exciting place to be if you’re a storyteller,” actor Ron Perlman, star of Amazon’s new series “Hand of God,” said recently at a meeting of TV critics.

Robert Thompson, a professor of television and pop culture at Syracuse University, said he believes web providers like Netflix and Amazon will continue to grow thanks to their ability to take more risks artistically, compared to traditional TV channels that rely on advertising to survive.

And once viewers subscribe to these pay channels, he added, they usually stay.

But he also notes that shows do not necessarily need to be ultra-sophisticated to be good.

“There are a lot of high-quality shows that are less artistically ambitious but very well-executed like ‘Empire,’ which was a very good show,” Thompson said of Fox’s breakout hip-hop family drama.

For Nunan, the biggest issue is not the fear that the era of good TV shows will suddenly disappear. It’s figuring out how to watch them all.

“People are trying to keep quality,” he said. “I just think it’s getting more and more difficult to find time to watch the shows.”