Diamonds in the rough glitter in ‘The Voice Kids 2’ album 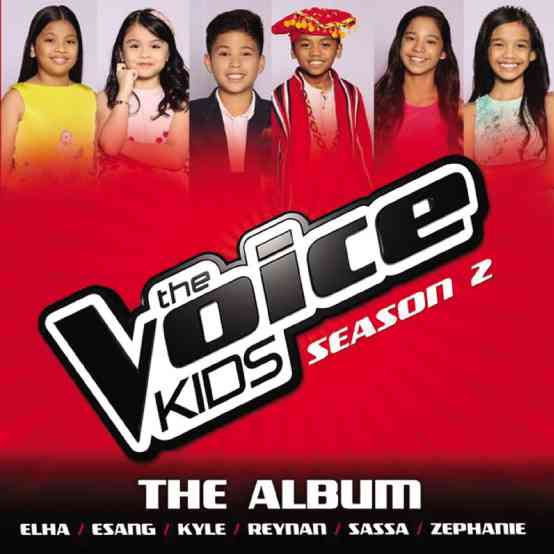 The commemorative album of “The Voice Kids, Season 2” proves why some talents are better-appreciated live than in recording—even champion Elha Nympha’s prodigious, Regine Velasquez-style belting can’t conceal the rough edges in her voice that require more fine-tuning.

For the most part, the collection featuring the kiddie tilt’s Top Six is a mixed bag of vocal treats that immortalizes its young contestants’ evolving pipes, and demonstrates the formative importance of making them interpret song choices that are appropriate for their age.

To say that there aren’t enough “contest pieces” for young performers is a lazy way of justifying a stubborn practice.

Take Kyle Echarri. It doesn’t matter how well he performs his dreamy ballads—it’s still a little disturbing to hear a 10-year-old singing about “knowing the ways of love” (“Got To Believe In Magic”), or kissing his love’s pain away (“Hero”).

Like the other finalists, second placer Reynan Dal-Anay is a diamond in the rough who benefits from song choices that suit his image and never-say-die singing style.

With his indomitable spirit, he knocks Asin’s “Masdan Mo Ang Mga Bata” and Virna Lisa’s “Magkaisa” out of the musical ballpark.

Cute-as-a-button Esang de Torres, who placed third, does even better in her balmy, no-frills rendition of Stephen Sondheim’s “Somewhere.”

Her frothy cover of Nanette Inventor’s melodically tricky MetroPop classic, “Salamat, Salamat Musika,” has enough vocal bends and curls to disprove the notion that a contestant needs to birit to deliver a performance worthy of a singing tilt’s top prize.

If you go for flair, however, the group’s most seasoned vocalist is Elha, who’s gifted with a wide range of performing tricks—from subtle singing to vocal bombast, as she vividly demonstrates in Rodgers and Hammerstein’s “You’ll Never Walk Alone.”

If you can ignore an 11-year-old singing about “love at the wrong time,” Elha’s sensational remake of Martin Nievera’s “Ikaw Ang Lahat Sa Akin,” while occasionally shaky, is never shrill—and wraps up with a perfectly calibrated, turn-on-its-head anti-birit ending!

Fourth placer Sassa Dagdag’s R&B swagger gives After Image’s “Next In Line” and “If I Were A Boy,” Beyoncé’s plea for understanding, a sassy—and refreshingly cheeky—spin!

Over the weekend, we had a great time reading “Sisikat Din Ako!,” scriptwriter-turned-talent manager Noel Ferrer’s instructive tome about “the art of turning relative unknowns into stars” and what it takes to do well in the entertainment biz.

Noel is marking his 25th anniversary in show biz with the launch of his book at the Manila International Book Fair, 5:30 p.m. today, Sept. 19 at Mall of Asia’s SMX Convention Center.

What does it take to make a mark as a performer? Ferrer’s book offers a treasure trove of practical tips about the “dos and don’ts” of stardom.

Noel shares, “So many people want a piece of the show biz pie these days. To celebrate my 25-year milestone, I thought of gathering my reflections on stardom and social responsibility in this book.”