Good news, for a change 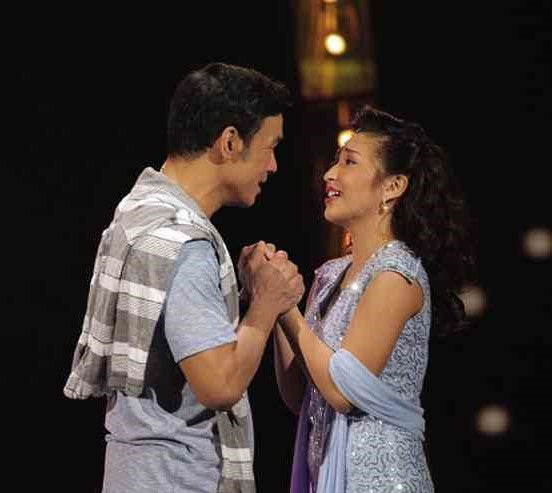 This month, the local show biz scene has been buffetted by “nega” news about drunken young stars causing a furor in public, TV shows being abruptly terminated with no tears (even crocodile ones) being shed, and other downbeat denouements. What sweet relief, therefore, to balance the picture by celebrating some good news, for a change:

It’s heartening to hear that the Pinoy musical, “Bituing Walang Ningning,” will have a repeat run next month at Resorts World. Topbilling Mark Bautista and Monica Cuenco, the show enjoyed good houses on its initial run some months ago—and should be patronized by even more theater buffs this time around.

Let’s give “Broadway” a good, long rest, why don’t we? Our homegrown musicals need and deserve our patronage more, because “they tell our own stories and sing our own songs,” (that’s our constant reminder and mantra, which we hope will keep coming back—like a song!).

Also worth celebrating is the fact that the durable diva, Dulce, is topbilling a significant concert at Music Museum tonight.

Billed as the “Timeless Diva,” Dulce is especially excited about this show, because it launches the solo singing career of her son, David Ezra Cruz, who’s also musically trained—and gifted.

We’ve worked with Dulce for many years, starting with her one-person show at The Manila Hotel decades ago, so we know how exceptional her talent is—and will continue to be.

For that reason, we went against “conventional musical logic” and threw some people off by casting her as the fading star, Olivia, in the new staging of “Katy!” that we directed for Spotlight Talent Centre a few years ago.

The casting choice was deemed “surprising” and in fact even risky because, in the original production of the musical that we also directed in the ’80s, Olivia was played by the lissome and svelte Celeste Legaspi, who’s very different from Dulce.

But, we do like surprising theater lovers (which was also why we cast Tirso Cruz III as Katy’s father)—and it turned out to have a felicitous outcome for everyone, because the new production won many performing honors at the Aliw Awards the following year, including best supporting actress in a musical for Dulce (and its male counterpart award for Tirso)!

Aside from all of those happy professional experiences with Dulce, we also deeply appreciate what we learned about her when we went on a European performance tour with her and Yoyoy Villame in the ’90s.

But, our most telling “moment” with Dulce was when she was tapped to topbill a big orchestral concert featuring songs from musicals at the CCP Main Theater. 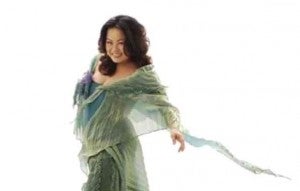 It was a great honor for Dulce to be chosen to headline that prestigious show—but, it turned out that the assignment was making her more insecure than proud, so she asked us to help.

What was the problem? Having come “from the masses,” she felt that she didn’t “deserve” the “high-art” stellar spotlight, and could fall short of expectations. —Very truly humble of her, but also decidedly counterproductive and wrong—so, we revved up her self-confidence by “secretly” taking her through all of her assigned songs (which were truly challenging and difficult to perform)—and, she won raves from the uppity CCP audience, as we had absolutely no doubt she would.

We feel the same way about Dulce and David’s show tonight—so, catch it if you possibly can!