Time waits for no one in ratings race 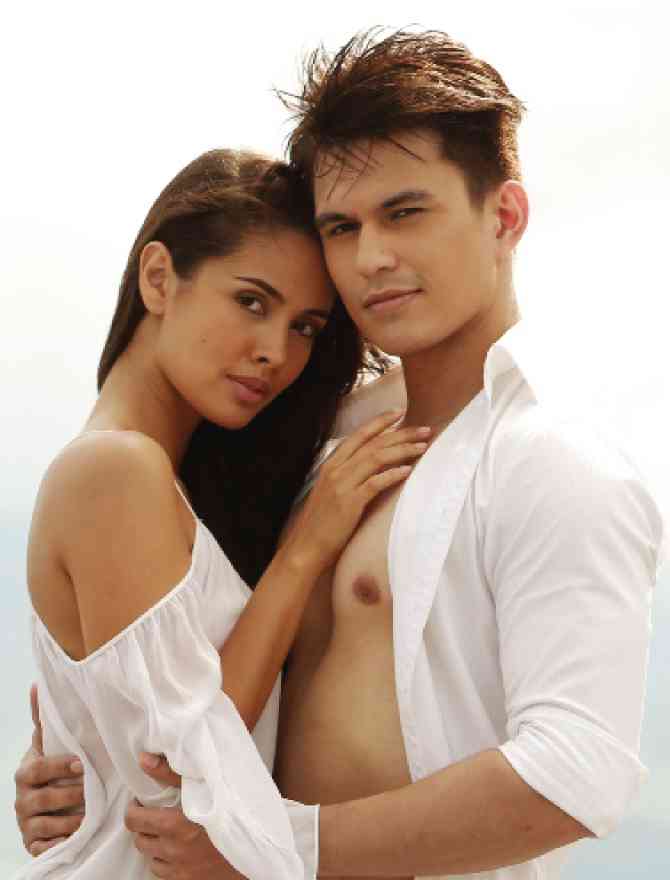 Megan Young finally made her first appearance in the title role of “MariMar” last Aug. 31, and the early word is, she makes a luscious, free-spirited sprite, to the famous character’s “unconsciously sexy” specs.

However, her first scenes didn’t give her a chance to strut her thespic stuff since they were generally just “giggly and wiggly,” so we’ll have to keep watching to appreciate the evolving totality of her portrayal.

The other big question mark is, how will her screen tandem with Tom Rodriguez shape up? Since they’re both tisoy, they look good and “copacetic” together, but there’s more to screen “chemistry” than just looks so, again, the proof of the TV pudding is in the extended viewing.

On the other drama series that’s just started telecasting, “Doble Kara,” Julia Montes has also just made her initial entrance as the show’s now young-adult twins, Sarah and Kara. She has a tougher thespic assignment on her show because she’s playing two characters instead of just one—but, if she does well, she’ll get double the praise as well, so the extra effort will definitely be worth it, come payoff time.

On the new variety show, “Sunday PinaSaya,” things have finally gotten less hectic and more relaxed—but, the all-important “humor factor” is still rather strained and gauche.

In particular, the “Comedy Cooking Show” segment involving Alden Richards and Jerald Napoles needs to be “cooked” some more so that it’s “comedically delicious,” as it obviously intends to be.

We’ve seen really funny cooking spoofs in the past, so we know what the segment is shooting for—but, it definitely ain’t there yet.

Too big a deal

What seems to be the problem? It could be that the portion is making too big a deal about Alden and Jerald’s looks, when there are so many other goofier and spoofier things to highlight and go for broke for!

Speaking of Alden, he’s all over the TV screen these days, thanks to the huge hit that his “AlDub” love team with Maine Mendoza has become in “Eat Bulaga.” Aside from being on “Sunday PinaSaya,” his on-screen time on “EB” has been extended.

For instance, in a recent episode, he was “on” practically all the time even without Maine, who made her appearance only as Yaya Dub, in their daily kalyeserye installment, which has boosted the noontime show’s ratings in a really big way.

We wonder what the competition, mainly “It’s Showtime,” on ABS-CBN, is whipping up to address and measure up to the “AlDub” phenomenon. Or is it just waiting for the darned thing to finally end, so the rivalry for viewership at noontime will go back to business as usual?

If so, how sure is ABS-CBN that GMA 7 doesn’t have a similarly potent new surprise just waiting to be unleashed?

In the TV ratings race, time waits for no one, and constant “surprises” are key—in the fond hope that at least one of them will be a huge, unexpected turn-on for the viewing public—like the AlDub kalyeserye has proven to be.