Movie folk rally round Grace Poe; no big stars yet 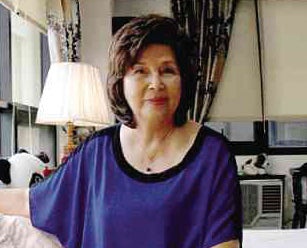 Actress Boots Anson-Roa said she was witness to how well Sen. Grace Poe’s parents, movie royalty Susan Roces and the late action star Fernando Poe Jr., raised her. “Not only does she possess the intelligence and open-mindedness of a leader, [she also has] integrity.”

Conspicuously absent were actors Dingdong Dantes and Ogie Alcasid, who were earlier reported to be supportive of the senator. Dantes is commissioner at large of the National Youth Commission, while Alcasid is a commissioner of the Edsa People Power Commission.

“She is an effective leader. It would be such a waste if she’d settle for a lower position,” filmmaker Joey Romero said of Sen. Grace Poe’s decision to run for President in 2016.

Romero was among the local movie personalities and celebrities who attended Poe’s much-anticipated declaration of her presidential bid on Wednesday at Ang Bahay ng Alumni on the University of the Philippines Diliman campus in Quezon City.

The filmmaker was a member of Poe’s team when she chaired the Movie and Television Review and Classification Board (MTRCB) from 2010 to 2012. “I saw how effective she was as a leader of the MTRCB. She should be leading the entire country,” Romero added.

Film producer Manet Dayrit echoed her colleague’s observation. “After working with Poe at the MTRCB for two years, I saw how great a leader she is—she inspired our whole office. She is a natural leader. She is trustworthy and has the sincerity that the presidency needs.”

Poe is “a breath of fresh air,” filmmaker Gil Portes said. “I have nothing against the other presidential candidates but for a lot of us, especially in the (movie) industry, Grace brings hope.”

Actor Albert Martinez said he made sure to attend the senator’s declaration because he believed in her. “She’s a very good friend so I’m putting all my bets on her. I’m here because I believe that Grace can lead the country well.”

For actor Lance Raymundo, a good leader “has to have, aside from knowledge and experience, a good soul. I saw that in Senator Grace. She has heart. I think all those qualities [would] make her a good President.”

He added: “A lot of people say [Poe] is new and lacks experience. But a good leader grows along with her country. If you’d allow her to grow with you, magic will happen.”

Also showing support for Poe were Carmina Villaroel and her husband, actor Zoren Legazpi. The couple starred in an infomercial for the MTRCB during Poe’s term.

The band True Faith and singer Yeng Constantino provided live entertainment during the program prior to Poe’s declaration of candidacy.