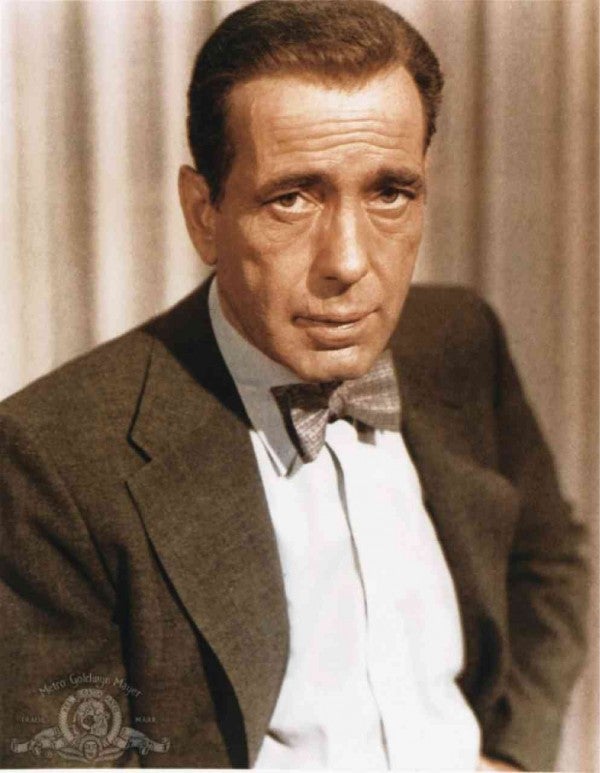 Our recent article on stellar scandals has elicited requests for more, so here’s a fresh batch of stormy celebrity contretemps: In the ’30s and ’40s, Humphrey Bogart vivified the tough but cool macho film star, starring in many crimebuster flicks, “noir” cops-and-robbers sagas, as well as the justly celebrated war drama, “Casablanca.”

True to his screen image, Bogart was a taciturn man with a drinking problem and an eye for the ladies, many of whom were only too eager to return the compliment! That made his third wife, Virginia Mayo, constantly see red, and they soon became known as “The Battling Bogarts,” because they fought so much!

One time, she got so mad at him that she stabbed him in the back! Thank goodness, it was only a shallow wound—but that was Bogart’s warning call to get out of that violent marriage—pronto!

In the 1920s, Clara Bow was known as the “it” girl, a “wild” party girl who had the penchant for getting into the gossip columns on a regular basis. A contemporary recalls, “Her sexiness was emphasized by the skimpy costumes she often wore, and her lifestyle was an extension of her racy screen image.

“A former secretary exposed Bow’s penchant for drink, gigolos and famous lovers—including Eddie Cantor, Gary Cooper and Bela Lugosi in his pre-Dracula days. The former secretary, who obviously had an ax to grind, even described wild weekends in which the accommodating star was made love to by entire football teams—!” If only half of those hot rumors were true, Clara Bow was—quite a gal!

Comedic genius Charlie Chaplin was loved by millions around the world, but his private life was much less innocent and inspiring. He was turned on by underage girls, and chose to marry a teen starlet, Lita Grey, to avoid going to jail for unlawful sex with a minor.

In 1942, Joan Berry named Chaplin in a paternity suit, stoking the anger of gossip columnists, who portrayed him as a serial seducer of innocent girls. They also denounced him as a “wicked” Communist, prompting him to lash against the Hollywood establishment and move to Switzerland! Tit for tat, US immigration authorities announced that they would not re-admit him to America unless he passed an examination on his “moral worth”—!