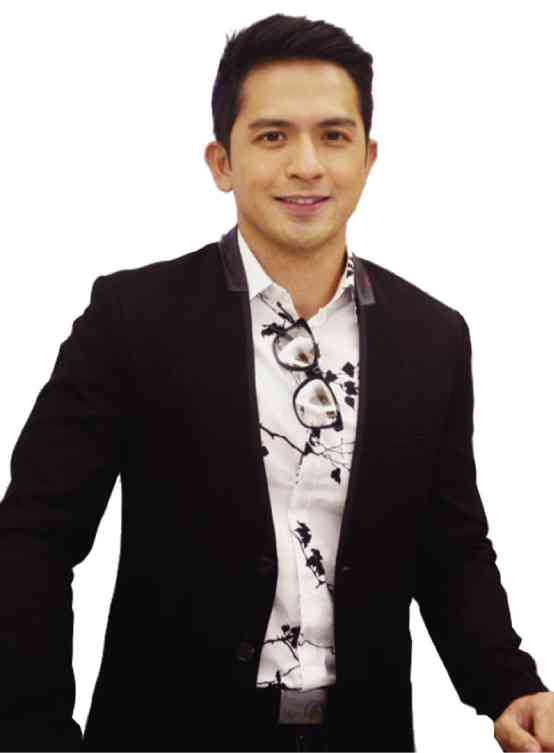 TRILLO. Goes for the emotional jugular—but knows when to stop.

Aside from being naturally sensitive and insightful, Dennis is helped in coming up with an exceptional performance in the new soap by the unusually emotional nature of the character he’s assigned to play—a young man who’s constantly failed in his lifelong quest for genuine, faithful love.

Even as a child, Dennis’ character was scorned and rejected by his very own mother (Snooky Serna, in the most “hateful” portrayal of her career). When he was old enough to experience romantic love, his feelings were similarly played around with by women, and even his greatest love (Jennylyn Mercado) has turned out to be faithless and dallied with another man, breaking Dennis’ character’s heart.

Last Monday, for instance, Dennis cried buckets of tears in the hospital room where she was recovering from injuries sustained in a car crash also involving the other man in her life—and Dennis even entertained the dire thought of “medically” ending her faithless existence!

Given such a sad, mad character to play, Dennis has had to come up with his best portrayal, thus his “award” this month, in our considered estimation.

But, it isn’t just a matter of great opportunity and “space” for an actor to strut his thespic stuff—most other stars would have come up short, or played it excessively loud, superficially lachrymose and broad. For his part, Dennis is able to emotionally go for the jugular—but, after his thespic point has been made, he’s sufficiently judicious to leave well enough alone, and no longer belabors the deeply emotional scene at hand.

Adding to the strong impression that Dennis is making this season is the fact that he’s also starring in the big film bio of INC founder, Felix Manalo. He can be expected to memorably do full justice to that plum thespic assignment as well, so the next big question is, what could he possibly come up with for a TV-film encore? We trust that the constantly improving and maturing actor will keep surprising us—again and again!

At a recent media forum, we were asked to talk about viewers’ rights, and we did our best to encourage the members of the audience to react to the TV programs they watched, instead of just passively “accepting” whatever TV people throw their way.

Let’s pretend, we said, that TV producers and directors can hear what you’re saying. What would you like to tell them about the shows they make? What are the programs you like watching the most, and why do you love them so much?

A viewer shared that he liked watching medical shows like “The Doctors” and its local counterparts, because they kept him informed about the latest medical discoveries and procedures.

Another member of the audience appreciated the “lessons” she learned from watching “Maala-ala Mo Kaya,” but wondered how much “artistic license” was involved in “enhancing” its real-life stories for the TV screen. A fan of “Sabado-badoo” spoke up and said he liked it better than other comedy shows on the tube, due to its “light” comedic touch.

The “I-Witness” documentaries got their share of appreciative attention and mention for “exposing” the nagging and unsolved problems that make poor people’s lives extremely difficult.

“The Insider” and “Extra” were watched on a regular basis by some members of the audience, who wondered why their local counterparts don’t come up to their level in keeping tabs on the show biz scene. A viewer liked watching “The Voice Kids” except for the fact that some of the “child” singers were “already too old,” and the celebrity judges and mentors sometimes stole the show from the young talents, who should be the main focus of the program.

On cable TV, another viewer boosted “how-to” shows and programs that detail how simple gadgets or complex machines are made. A fan of news and public affairs programs noted that Rico Hizon is doing well on the BBC channel.

For our part, we shared that another Filipino, David Ingles, is also doing good work covering the global financial scene, this time on the Bloomberg channel.

Among the cable sitcoms cited were “Two and A Half Men” and “The Big Bang Theory.” And we again took advantage of the opportunity to plug some of our favorite TV shows like “Saturday Night Live,” “60 Minutes” and the programs of Mareng Winnie Monsod and Pia Hontiveros.

Thanks, by the way, to all of the readers who went out of their way to express their appreciation for our recent “sleep-in” interview-encounter with King and Boots Rodrigo. The Rodrigos themselves texted to share reactions they got from their friends about the “insightful” piece. We promised to write more such extended pieces in the future, should similarly interesting and “exclusive” subjects arise.

And, yes, we’ll be coming up with another compilation of “Boob Tube Booboos”—next issue!

On other topics, fans of Anthony Castelo are glad that their (still) favorite crooner is back in the public eye and mind, thanks to the recent musical tribute to him on “Asap.”

They gush that he’s one of the best and handsomest male singers we’ve produced and hope that he’ll stage a musical comeback, because he still has what it takes to make love songs sound and feel “special.”

Finally, a fan of the comebacking JM de Guzman reminds us to catch the young star’s new teleserye, “All of Me,” which has just started telecasting.

The afternoon soap casts the also comebacking Albert Martinez. Let’s hope that the story’s “paranormal portal” hook will be clearly depicted, so viewers can empathize with its melodramatics on an acceptably realistic level, as well.