Game of the general 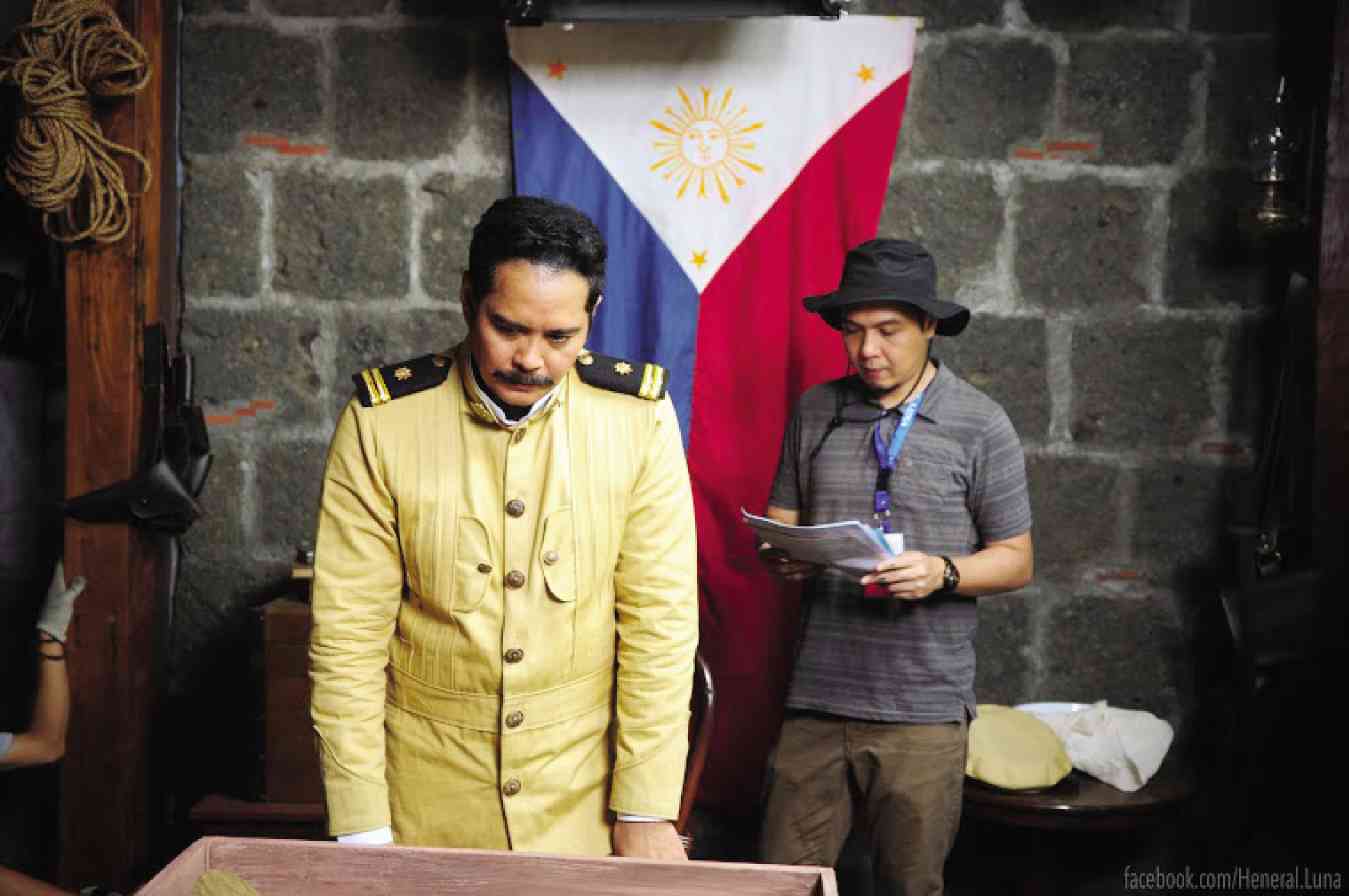 JERROLD Tarog (right) says John Arcilla is “the best actor for the part.”

Filmmaker Jerrold Tarog, one of the honorees in the first Inquirer Indie Bravo! awards in 2010, has always been known for turning a genre on its head.

He did it with horror (in the “Punerarya” episode of “Shake, Rattle & Roll 12”) and with romance-drama (“Sana Dati”).

This time around, Tarog, who is also a composer, scriptwriter, editor and occasional actor (in his acclaimed debut “Confessional”), tackles history in “Heneral Luna,” which has earned raves from critics.

In this interview, Tarog explains his fascination for the story of a revolutionary leader admired and loathed for the same reasons: his passion, his principles, his fortitude, his fearlessness.

What led you to the story of Gen. Antonio Luna?

I found his life story indicative of our disease as a nation. That our biggest enemy, then and now, is ourselves. We have a feeble sense of nationhood and our potential as a nation is often cut down by lack of foresight and critical thinking, and selfish interests. Antonio Luna was one of the best generals we had and we killed him.

Why should young people watch the movie?

Maybe the film can inspire the young to break our cycle of betrayal and have a stronger sense of nationhood. Maybe.

Tedious, but we were mostly relaxed and happy on the set so the exhaustion didn’t really matter. We were happy to be doing something that contributes to nation-building. The hardest challenge was maintaining the vision without being overwhelmed by the scale.

Why was John Arcilla chosen to play Luna?

Because he’s the best actor for the part.

We chose the best actors we could find, which means, as a director, all I really did was guide the ensemble. They were real actors who knew their craft. I didn’t have to do much.

Who are the other heroes whose stories you would like to tackle in the future? Why?

“Heneral Luna” is part of a planned trilogy. The second film is about Gregorio del Pilar; the third about Manuel L. Quezon. They are all interesting, flawed characters. They make better subjects because of their contradictions. We’re not doing hero glorification but humanizing historical figures. The likelihood of the trilogy being completed will depend on the turnout of “Heneral Luna.”

Why is it important for you to make a historical film, considering it can be an uphill climb, box-office wise?

Because it’s important to do something you believe in. Life is too short. Might as well take the risk.

How do you make sure that many people would watch the film?

Strategic, out-of-the-box marketing. Passionate word-of-mouth. That’s all we really have.