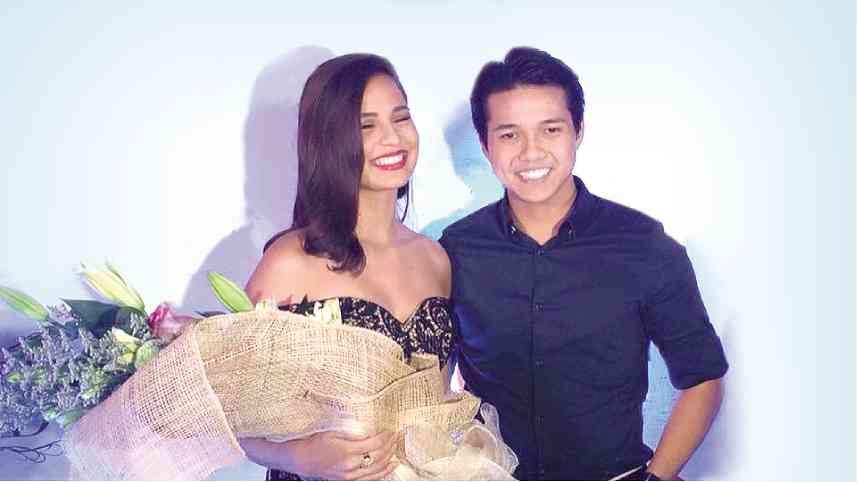 Much to the amusement of the entertainment press, broadcast journalist Brian Llamanzares, the son of Sen. Grace Poe-Llamanzares, made a surprise appearance at the recent press conference for Jasmine Curtis-Smith’s coming show, “My Fair Lady,” to declare his admiration for the TV5 actress.

“I hope to get an opportunity to know her better; I want to know who she is away from show biz. She’s single; I’m single. Why not?” said Brian, who gave Jasmine a huge bouquet of flowers, as a gaggle of photographers sprang from their seats and hounded the artists’ table.

Jasmine, seemingly rattled upon the arrival of her unexpected “special guest,” swore that she knew nothing of the surprise. So did everyone else. “Walang laman ang utak ko!” she said, before finally mustering “Thanks!” between nervous giggles.

Thus, not a few show biz reporters wondered: Will Brian eventually join the cast of the TV series (which will premiere on TV5 on Sept. 14? Or was it something…else?

It’s no secret by now there’s a good chance that Senator Grace will run for president in next year’s election. But to those who may think that what he did was simply a promotional stunt for his mother, Brian—who made sure to mention that he had just been to Senator Grace’s feeding program earlier that day—had this to say:

“People always have something to say no matter what, and I’m sure they will,” pointed out Brian, who related that a common friend suggested he go to the media gathering. “But I just thought this was my only shot, so I took it.” Allan Policarpio