The much-awaited film by Erik Matti, “Honor Thy Father”, will have its world premiere in this year’s Toronto International Film Festival, Matti announced in his official Facebook account Wednesday.

“Honor Thy Father” has John Lloyd Cruz in his first lead role in an indie film. It is described a suspense thriller, about “a pair of married white-collar swindlers clashing with their latest victims.”

The Toronto International Film Festival happens on September 10 to 20.

With Cruz in the film are Meryl Soriano and Tirso Cruz III.

“Honor Thy Father” was recently in the news after it was reportedly excluded in this year’s Metro Manila Film Festival.

It was because of this film why Cruz shaved his head despite stern warnings from his big studio handlers that he might lose endorsement contracts, especially for a shampoo product.

In an article by INQUIRER entertainment columnist Dolly Ann Carvajal, he explained his decision to break away from the usual leading man role.

“My world has grown bigger. I am not just confined to my home network, ABS-CBN. I want to break away from my usual roles. I refuse to be typecast,” he said.

“It’s hard to fight for your craft. Erik Matti’s ‘(Honor Thy Father)’ will serve as an eye-opener since it’s an unusual project. I want people to have a different perception of the John Lloyd they’ve gotten used to,” he added.

John Lloyd in his element 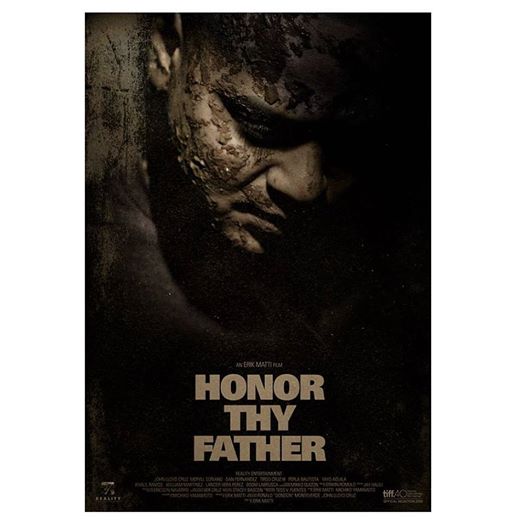