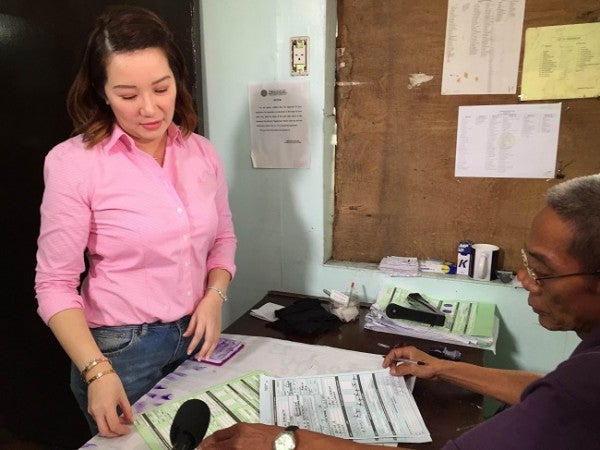 PRESIDENTIAL sister and actress Kris Aquino was irked after her name was dragged in the creation of a new app-based vehicle category called “Premium Taxi” by the Land Transportation Franchising and Regulatory Board (LTFRB).

“It has reached my attention that I am being dragged into the LTFRB-Premium Taxi-UBER-GrabCar issue. In particular, I am being accused of #SelfishMotives & #UnfairCompetition. I have not bought nor own 200 vehicles earmarked for premium taxis for Toyota. I do not own any taxi company that will operate Premium Taxis,” Aquino said.

However, the actress said that she is an “angel investor” in the LBR taxi company of actor Luis Manzano.

She slammed critics for dishing out malicious allegations against her, adding that she will not put the Aquino family name in a bad light.

“Get your facts straight before spreading malicious LIES about me. I’ve earned my money & continue to earn good money through hard work, commitment, and passionate dedication. Why would I jeopardize our family’s good name and reputation when I already earned millions the honest way,” the presidential sister said.

Last week, the LTFRB came under fire after critics claimed that the creation of Premium Taxis was meant to displace other app-based transport services such as Uber and GrabCar. They assailed the suspicious timing of the Premium Taxis and the crackdown against vehicles under Uber and GrabCar which starts August 20.

Premium Taxis, which are sedans with engine displacement of 2.0, will sport yellow plates. In order to qualify for franchise, the taxi operator should have a minimum of 25 units. AJH