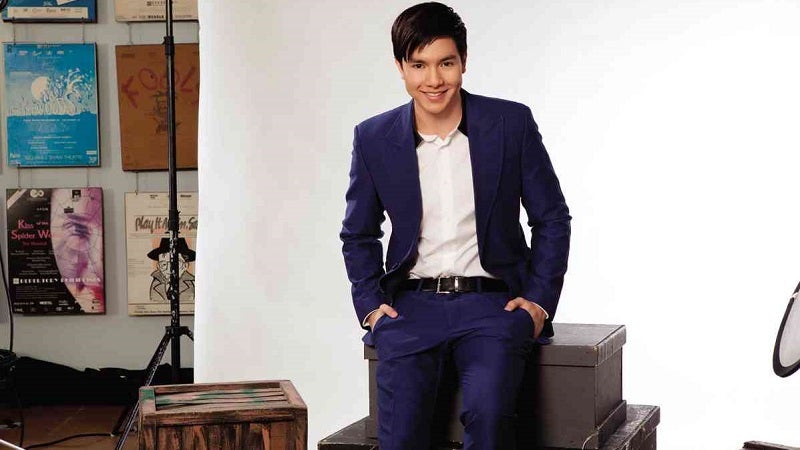 LUCENA CITY, Philippines—If teenage fans could vote and the “AlDub” tandem were running, the couple would be a shoo-in for an elective position.

The accidental love team made up of TV personality Alden Richards and YouTube sensation Nicomaine Dei “Maine” Mendoza, widely known as “Yaya Dub” for her voice impersonation of local celebrities, has been trending lately, pushing Richards’ career into overdrive.

At a beauty pageant held on Wednesday, shrieking fans mobbed the actor who graced the “Bb. Niyogyugan Festival 2015” at the jampacked Quezon Convention Center (QCC).

The frenzy almost drowned out Richards’ songs when he began serenading the 21 muses from different towns. The fans, most of them teenage girls, managed to slip through the security cordon and rushed to kiss, hug and take a selfie with the night’s special guest who gamely allowed himself to be fussed over by the army of young girls wielding tablets and phone cameras.

“This is the most riotous crowd that we’ve ever handled. Grabe,” a veteran security guard said. Additional security personnel were quickly brought in to keep unruly fans off the stage and allow the program to resume.

Richards serenaded the local beauties with three successive love songs: “Akin Ka na Lang” by Itchyworms; “How Deep Is Your Love” by Bee Gees, and his own song, “Can Find No Reason.”

Between songs, the TV personality asked the audience to continue watching the daily episodes of the AlDub story played out on the GMA 7 noontime show, “Eat Bulaga.”

“We will be celebrating our ‘monthsary’ tomorrow (Aug. 13),” he said amid thunderous applause from the more than 7,000 fans who filled QCC.

Richards and Mendoza play star-crossed lovers on the “Eat Bulaga” segment “Juan for All, All for One” featured in a kalyeserye, although their characters have never met in person and only interact via the TV screen.

Mendoza, a native of Bulacan province, became an online hit for her impersonations of local celebrities, among them TV host and President Aquino’s sister, Kris, using the mobile application Dubsmash.

Richards was invited by Quezon Gov. David Suarez and elder sister Jenny Suarez-Lopez to grace the province’s annual Niyogyugan Festival, which runs from Aug. 10 to 19.

The festival started in 2012 as a way for the province to recognize the role of the coconut, also known as the “tree of life,” and its contribution to the cultural and historical development of the province.

At the Bb. Niyogyugan pageant, Richards kissed some of the contestants on the cheek, sending them swooning and in a state of apparent dilemma: Can they kiss the actor back without tripping on their weighty costumes made from coconuts?

One of the lucky fans managed to take a selfie with Richards on stage and was spotted proudly showing off her prized mobile phone shot to friends.

Another was seen waving a handkerchief that she had just used to wipe the face of her idol after planting a quick kiss on his cheek.

An elderly man supporting himself on a cane, was seen carrying his granddaughter near the stage to get a closer look at the TV star. With his trademark pabebe wave (which looked suspiciously like the gentle rocking palm wave of beauty contestants), Richards sent the little girl shrieking with delight.

“If only I can go near him, I’d thank him for that pabebe wave to my granddaughter,” the old man said. “She never fails to watch the Aldub segment,” the grandfather said, adding that the girl’s parents are both working abroad.

After the event, Richards left the venue using a side exit under heavy guard.