“I’m not getting any younger. But I still have projects, thank God. I’m still an A-lister, [but] I can’t just wait for projects to come to me,” said actress Ruffa Gutierrez at a recent press conference for the launch of Internet TV provider iflix. “I have to make things happen. So this is my year…I’m putting my eggs in different baskets,” she said.

Ruffa, an iflix shareholder, said that aside from her reality show “It Takes Gutz to be a Gutierrez,” she has an upcoming TV5 comedy series titled “Misterless Misis,” with Gelli de Belen, Lorna Tolentino and Mitch Valdes.

She is currently writing a book. The reality show star also said she is looking into other investments.

“Gutz,” which now airs on The Filipino Channel, recently launched its third season on E!, showcasing more drama and tension between Ruffa and mother Annabelle Rama.

Ruffa, who had a spat with her mom over her colorful love life, said they are trying to patch things up.

“That’s the way she is. If I like someone, she doesn’t like him. But if I don’t like the guy anymore, she suddenly likes him. She’s just that way and our relationship has been like that since I was 15 years old,” she related.

She said her friend and Inquirer columnist Anton San Diego sent her a message after he survived a helicopter crash last month, saying she should make peace with her mom because “life is too short and can be taken anytime.”

Ruffa said she no longer talks with her mother 10 times a day like they used to, but they are getting there.

“I think, even if my mom and I have differences, I’m the daughter and I should be the one to make amends with her,” she said.

Other iflix shareholders are Ruffa’s twin siblings and “Gutz” costars, Richard and Raymond.

Ruffa, who admitted she is not a techie, said she invested in the franchise because she believes it is the future of media consumption.

“I believe in the system. I just watch my kids [use it] and I already know this is the future. They don’t even watch [regular] TV anymore,” Ruffa told the Inquirer. 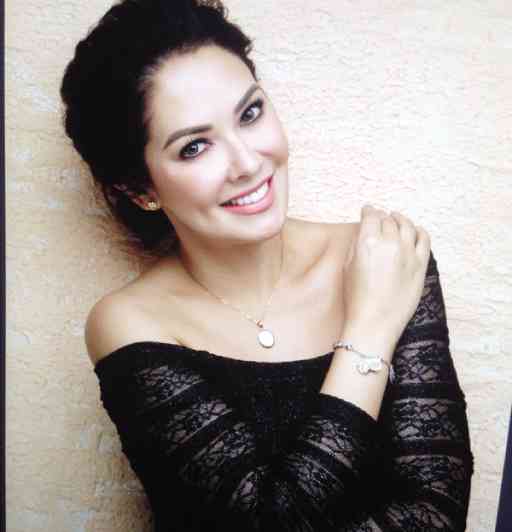 THE REALITY show star says of her mom, “That’s the way she is. If I like someone, she doesn’t like him.”

In a bid to eradicate media piracy, iflix, a newly launched Internet TV provider, has opened its vast entertainment library to the Philippines.

“Torrent [downloads] are happening and it is too hard [to fight],” Sherwin de la Cruz, country manager of iflix Philippines, told the Inquirer.

He said that while they acknowledge the massive use of torrents in the country, the convenience of content consumption through iflix should help the Philippine market mature and veer from piracy.

“It’s as easy as opening an app. Convenience is what we are offering. If you actually download [files worth] 25 gigabytes, people do it in their hard drive and transfer it to their phone…[smartphone space is] actually limited,” he said.

The subscription-based TV content provider boasts of 10,000 hours of Western and Asian series and movies. It is now available in the Philippines and Malaysia and will be expanding to Vietnam and Thailand soon.

Hit TV series like “The Big Bang Theory,” “Friends,” “How I Met Your Mother,” and blockbuster films like “Mean Girls,” “Forrest Gump” and “Harry Potter” are included in its media library.

It also has a parental control option to keep sexual and violent scenes from being seen by children.

Read Next
Kim Atienza embraces technology
EDITORS' PICK
Get exciting deals and discounts when you download the new McDonald’s App
‘A greener, cleaner tomorrow’: A how-to guide for Filipinos who want to help with today’s energy crisis
SM continues to send relief assistance to remote towns in Batangas
Countries with confirmed cases of coronavirus
China expands lockdown against virus, fast-tracks hospital
Palace: US Senate move also made Duterte junk VFA
MOST READ
Taal’s sulfur dioxide emission increases
No time for revelry; Tagaytay instead plans for alert level 5
Palace: US Senate move also made Duterte junk VFA
Dina Bonnevie on Coney Reyes: We have forgiven each other
Don't miss out on the latest news and information.