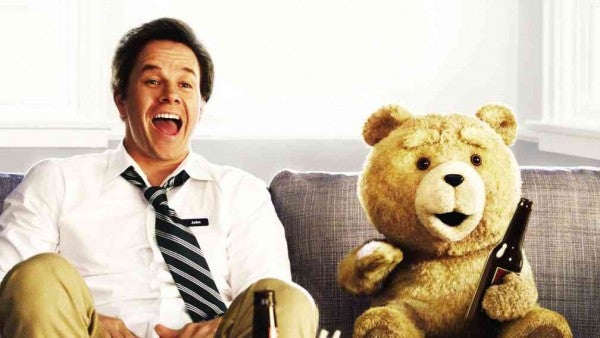 IF YOU enjoyed the first “Ted” movie’s foolish gags and potty-mouthed antics, there’s more comedic fun to be had in its irreverent sequel.

Girlfriend Lori (Mila Kunis) has left John Bennett (Mark Wahlberg), but his talking teddy bear, Ted (voiced by director Seth MacFarlane), has bigger problems to surmount: He has to prove that he deserves the civil rights his human friends enjoy—by proving that he’s a person himself! But, what constitutes being a person?

Ted wants a child of his own to save his rocky marriage with pretty and feisty Tami-Lynn (Jessica Barth)—but, physically, he’s more synthetic-cotton than blood, sweat and tears. —And it certainly doesn’t help that his caustic slurs and politically incorrect wisecracks rub people the wrong way.

The movie may initially seem silly, but it’s hard to dismiss the civil liberties it pertinently addresses—because it recalls the challenges that women had to hurdle to exercise their right to vote or pursue higher education, the racial “minorities” that couldn’t benefit from the privileges enjoyed by their Caucasian peers, and the same-sex couples heretofore disenfranchised by their inability to establish a legally binding union.

If you’re not too eager to get into the nitty-gritty of those issues’ socio-political ramifications, the winking and self-deprecating cameos turned in by Liam Neeson (in a hilarious sendup to his “paranoid” action characters), Jay Leno (who’s caught seeking sexual favors with other men at public toilets), and football superstar Tom Brady (whose sperm sample Ted and John “pursue” for Tami-Lynn’s baby) should do the trick!

When everything else fails, Ted turns to John—who ends up in an embarrassing—and sticky—“accident” at the fertility clinic!

For her part, when Amanda Seyfried isn’t demonstrating how good her singing voice is, she gamely dispenses legal advice as Ted’s reliable but pot-sniffing attorney, Samantha.

Ditto for the enduring Morgan Freeman, who reminds John, Sam and Ted how difficult it is for defendants fighting an uphill battle to appeal an “emotional” conviction!

Even loopier are the scenes involving Sam J. Jones (playing himself), who figures as—hold your breath—Flash Gordon “reincarnated” as a nerd-crushing bully at a geek-infested Comic-Con in New York! —Time for other costumed superhero-wannabes to take cover!