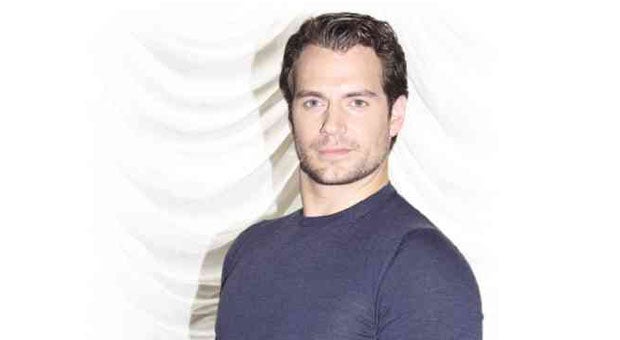 THE HUNKY actor finds “a woman who is comfortable in her own skin” sexy. Ruben V. Nepales

LOS ANGELES—In this conclusion of my column on Henry Cavill, he talks openly about what attracts him to a woman, if he would shop and buy clothes for a girlfriend (the question was inspired by a humorous scene in his new film, Guy Ritchie’s “The Man from UNCLE,” which also stars Armie Hammer and Alicia Vikander), his personal heroes, why values matter to him and how he got over a heartbreak with the help of… a sandwich.

For Henry, a formal acting education isn’t a guarantee of success. “You can have a guy, who trained for 15 years in all the best schools, who won’t be as good as the guy who never trained,” he pointed out. “Acting is an intangible skill in which you reach into a bag when action happens and you really hope a performance comes out. But there’s no guarantee that it’s actually going to happen.”

There’s an amusing shopping scene in “The Man from UNCLE” where Henry and Armie’s manly characters choose the clothes and shoes for Alicia’s Gaby Teller, an East Berliner garage mechanic who suddenly finds herself a couture-draped woman on a mission with these two agents who’d really rather kill each other.

Is Henry also the type who would shop for a woman? “The kind of lady I would have would not let me tell her anything,” dished the Brit with a grin. “I do not know about women’s clothing. I know what I like to see and I know what I find attractive—it varies depending on the person because people are all different shapes and sizes. Clothes are designed to complement all different shapes and sizes. I can advise someone and I can say, ‘That looks great.’

“If I go shopping for a pair of shoes for a girl, I like to think that I have a reasonably good eye, but fashion is so personal. Someone may like a pair of fancy high-heeled shoes, but another girl may go, ‘I actually prefer a pair of army boots with open jeans.’ Not many girls would not like a pair of snazzy high-heeled shoes despite what they say. But I wouldn’t say I am a fashionista when it comes to women’s clothing although I know what appeals to my eye.”

Henry himself always looks well-dressed, especially on occasions that require suits. “That’s the idea—you can hide everything (when you are wearing a suit),” Henry quipped.

The thespian, who bagged his first film role in his teens when he was cast as Albert Mondego in “The Count of Monte Cristo,” was once engaged to British equestrienne Ellen Whitaker and dated hunter Marisa Gonzalo and actress Gina Carano.

He defined what attracts him to a woman: “What I find sexy in a woman is when a woman is herself. What anyone finds sexy about anyone is when someone is comfortable in her own skin because that’s the only way she is ever going to make you happy. If you are not comfortable with yourself, you are just going to make someone else’s life miserable forever.”

This Superman-playing actor was asked what he considers his bravest act so far. “I saved a baby from a burning building once,” he deadpanned. 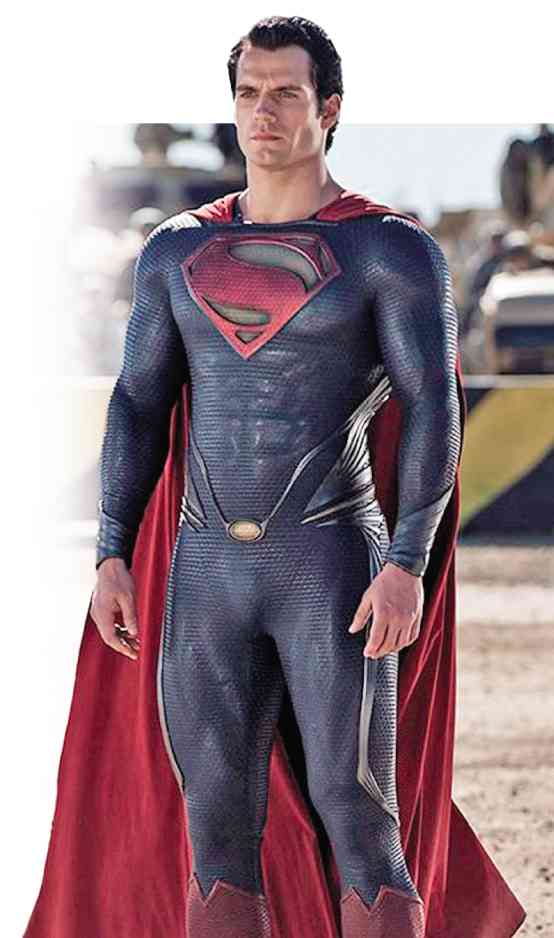 CAVILL, who played the “Man of Steel,” admires his parents and siblings.

“I am joking, I didn’t really. I think the bravest thing that I have done is that I have told someone, ‘I don’t think we should be together in a relationship.’ In spite of the fact that I love her, I think it was wrong and knowing how much it (telling her) was going to hurt her. Because that really sucks and it really hurts.

“Months later, I looked back and went yeah, you did the right thing. That was good.”

On what principles he lives by, the Channel Islands, United Kingdom-native emphasized, “Ethics are very important. I try to be as ethical as I possibly can. Integrity is vital to me and who and what I am is based upon that. I know there is only one thing I can take with me when I am on my deathbed and that’s my integrity. I can’t take my money. I can’t take houses or boats or my wife or my kids.

“But if I lie there on my deathbed and think, I at least was me, and honestly me, until that time. If I didn’t let myself down throughout my life, I can probably die with a smile on my face. And especially if I have kids, I can tell my kids what the right thing to do is and not feel like a liar in the process. That’s probably the most important thing to me.”

Henry’s heroes are flesh-and-blood human beings, not comic book vigilantes. “My heroes are the people who taught me integrity—my mother, father, family, brothers and best friends,” he pointed out.

“I never really looked at people whom I haven’t known or who were characters on TV or books and said, ‘Oh, that is my hero.’ I am really fascinated by the likes of Alexander the Great but I don’t know the guy. All the stories I have read—that is some dude telling me about Alexander the Great and who knows what his skew on the idea is.

“Whereas I know my mother, father and brothers. I know what they went through. And I know how they still are the [same] people they are today. I know the extraordinary things that my best friends have been through. And they have come out as humble, honest and good people.

“I have learned from them these values. I don’t think anyone necessarily said, ‘Hey, it’s integrity, integrity, integrity,’ but I have picked it up along the way. I have realized that as much as I love making money, nice houses and going on holidays, they taught me that if all of that goes away, what do I have left?”

The guy who was a serious contender for the James Bond role against Daniel Craig (Henry was deemed too young then) was asked about the toughest moment, so far, in his life.

“My hardest time—goodness—isn’t heartbreak always the hardest time no matter what you do?” he asked aloud. “So yeah, I had my heart broken and had my best friends look after me after a bad heartbreak. I wasn’t being particularly bad. I was just being morose and heartbroken.”

Henry’s face lit up as he recalled, “To see the joy on my friends’ faces when I finally ate a sandwich, which was remarkable because I wasn’t eating. My friend’s wife made this particular sandwich which I ate. Just to see them so happy taught me a lot. They now call it the Henry Sandwich.”

And what was in the sandwich? He replied as he broke into a smile, “It was slow-cooked pork with banana peppers in a soft roll. That simple.”