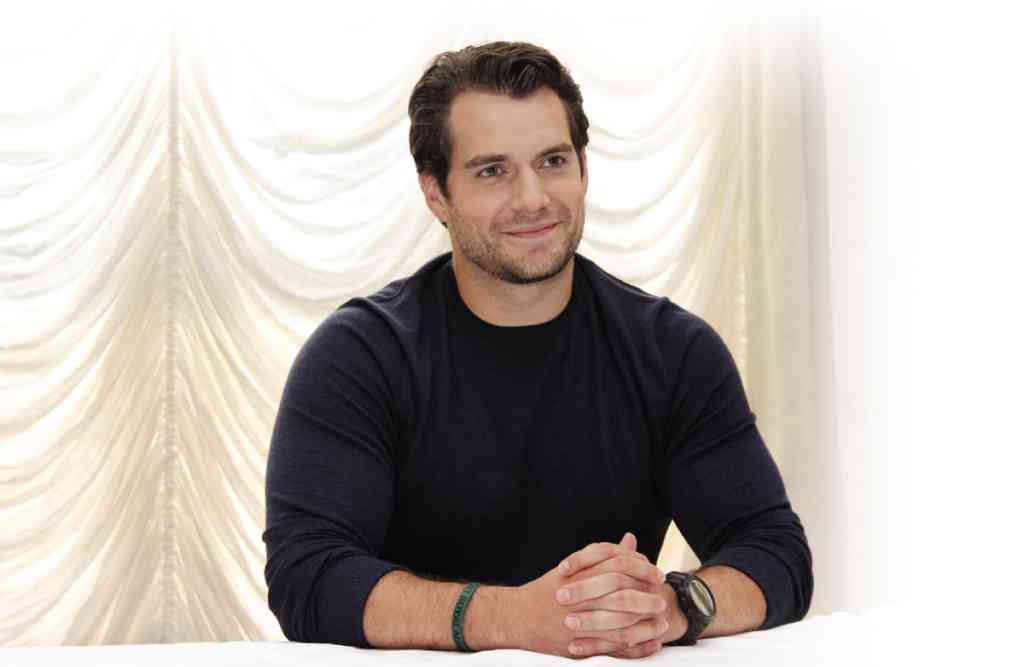 LOS ANGELES—Photos don’t do Henry Cavill justice. As a man, I have to grudgingly admit that OK, the dude is a handsome devil. Henry looks good in pictures but in person, he looks even better. Probably the handsomest actor I’ve interviewed, he carries himself with a swagger. Henry had Superman’s confidence even before he donned the Man of Steel’s red cape when I interviewed him for the first time in 2011.

Wearing blue Dunhill shirt and pants, Henry walked in at The Claridge’s Hotel in London to talk about his new film, Guy Ritchie’s very enjoyable “The Man from UNCLE.” But, of course, there’s that other little film of his, Zack Snyder’s “Batman v Superman: Dawn of Justice,” which is not due out until March next year.

In the meantime, “The Man from UNCLE,” a film adaptation of the hit 1960s TV series, should appease Henry’s fans and entertain even nonfans. A major part of the movie’s appeal is watching Henry and Armie Hammer as feuding spies Napoleon Solo and Illya Kuryakin (played by Robert Vaughn and David McCallum in the television show), respectively.

Forced to work together, the CIA and KGB agents, as portrayed by Henry and Armie who are evenly matched, are fun to watch. There’s a scene where Armie’s Illya is seriously in danger and Henry’s Napoleon sits in a truck, wordlessly contemplating whether to save his colleague or not. All this while he is chomping on a sandwich.

Throw in Alicia Vikander and the divine Elizabeth Debicki (her character’s name, Victoria Vinciguerra, should tip you off about the sultry Italian actresses Elizabeth evokes). And you have a Cold War romp that’s very much in the spirit of the ’60s but stamped by Guy’s humorous touch.

“With ‘Batman v Superman,’ it’s great to be playing the character again,” said Henry, who first played Superman in 2013’s “Man of Steel,” in his soothing, smooth voice. “I really like playing Superman—it’s a lot of fun and very different, which is why it’s so refreshing to play someone like Napoleon who is far more human. 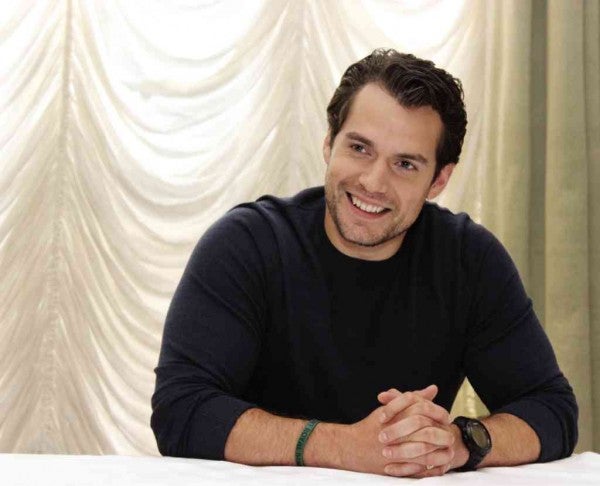 “One thing which Guy said during the shooting was, ‘Wow, Henry, I think people are going to actually like you in this movie.’ There’s something about Superman—he is so perfect, nice and earnest that people don’t necessarily like that. They want to see some flaws, some personal failures, some mischievousness which is a bit more like them.

“But regardless of that, playing an icon like Superman is fantastic. It’s one of those things which is filled with such possibilities. Now that I’m playing Superman, people all of a sudden listen to me. Suddenly, I have indie scripts coming to the door because they want to have their movies financed by having Superman in them. It definitely has changed my life. It’s wonderful to still be part of that franchise.”

Asked if his second incarnation of Superman will come with flaws, Henry broke into a Clark Kent-ish smile and said, “I can tell you nothing.”

The 32-year-old, whose credits include playing Charles Brandon, the Duke of Suffolk, in TV’s “The Tudors,” stressed that having one of the big superhero roles of a lifetime hasn’t gone to his head.

“OK, I can see how it would be easy to get a big head, but I have never viewed myself as Superman,” Henry insisted. “It’s even a joke sometimes when people come up and go, ‘Hey are you Superman?’ I answer, ‘Sometimes; other times I am Napoleon and other times I am Charles Brandon.’”

“I am one of the guys so far to play that role and there will be others after me. Superman is far bigger than I am. It’s something which you should respect as an actor playing that role as opposed to making you think that you are special. It’s like talking to some of my best mates. The things they have done and have been through are far more incredible and difficult than me pretending to be a super-powered alien.”

Back to Napoleon, Henry shared how he and Armie prepared for their roles as partners who are constantly sparring in a film that’s ultimately a buddy movie.

“On the first few days, what we did was, we went into Guy’s living room in London,” he said. “We just spent time reading for the scenes. Guy said, ‘Don’t act it; just read it.’ We would read through and he would say, ‘OK, cool. That bit sounds weird.’ And we say, ‘How about we change this line and change that line?’ And we start talking about the bigger scenes and saying, ‘What if we make this outdoors instead of indoors?’ And obviously, Armie was a central piece to that.”

Picture Henry and Armie chopping wood together when they were not running through their lines. “We went down to Guy’s house in the country,” Henry recounted. “There was a lot of firewood chopping going on with drinking glasses of wine as well.”

Laughing, Henry added, “It probably isn’t a good idea to get drunk and chop firewood at the same time.” 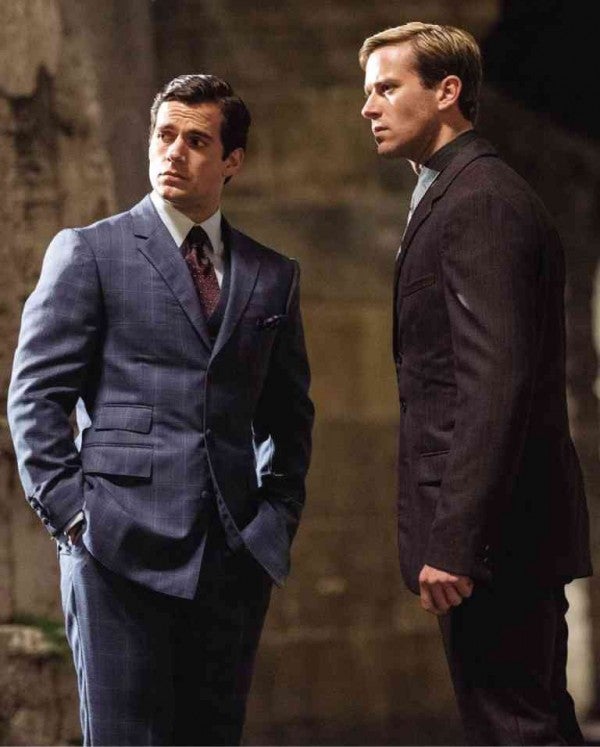 CAVILL recalls that Armie Hammer (right) was a “central” part of the collaborative process.

The talk led to a question on what his idea of a night with a date and perhaps wine might be. “I have just refurbished my house in London and I had the bright idea to put a Spiral Cellar in there,” he enthused. “It’s this fantastic piece of kit and I still know nothing about wine,” he admitted with a laugh. “I am going to start my education now because I have my cellar.

“The perfect evening with a special someone is either an evening in, where you cook and you have some wine at home or whatever is your poison of choice. There’s something special about cooking with someone because it can be a social thing. You are applying all of the senses to your attraction as well.

“Then there is the other side of it, which is going out for a really nice meal. If you are going out to a restaurant, Cut, at 45 Park Lane (London)—that is an amazing steak restaurant. If I can take someone on a date there, yeah, any day of the week.”

And what’s the perfect wine to drink while chopping wood? “It’s whatever Guy may be serving that day,” Henry replied with a chuckle.

On whether “Mad Men’s” Don Draper inspired his take on the suave, suit-wearing Napoleon, Henry answered, “I didn’t watch ‘Mad Men’ nor ‘The Man From UNCLE.’ It was just coincidence. There’s a certain style to both those things which exists in these types of characters. It’s just happenstance. The way we built our characters was through my fellow actors, and Guy and Lionel (Wigram, cowriter and coproducer). I know my accent really informed the way I move, certainly, and the way I go about everything.”

About his American accent and delivery which recall the speaking style in those black-and-white ’60s shows and films, Henry explained with a smile, “I had been getting it wrong these past two days and saying it was Clark Gable. But it was actually Cary Grant that Guy gave me as a reference. He said, ‘Alright, go check out Cary Grant, see what you think. Don’t do Cary Grant, but do something similar to that. Just don’t do Cary Grant.’

“So I went away with Andrew Jack, our dialogue coach, and we worked on something which is similar to Cary but not quite the same. We really enjoyed the lilt and intonation. So we played around with that a little bit and we tried to make it my own.

“On the set, there were certain words which Guy would say, ‘That sounds weird. That doesn’t sound like a real word. Can you change that, can you elongate the consonant or the vowel?’ It ended up getting so complicated that at one stage, it was really difficult for me to focus on the performance. Despite that, I pushed through.

“One morning, Guy eventually walked up to me and went, ‘It just sounds like you are an English actor who is doing a terrible American accent.’ So we then decided to go more American, and emphasize the R’s and elongate the vowels. Once we had that, it became quite unique in its own thing and it didn’t sound like anyone else. It was definitely my accent which was the cornerstone of the character of Napoleon.”

(E-mail the columnist at [email protected] Follow him at Twitter.com/nepalesruben.)