‘I missed the point’: Taylor Swift apologizes to Nicki Minaj 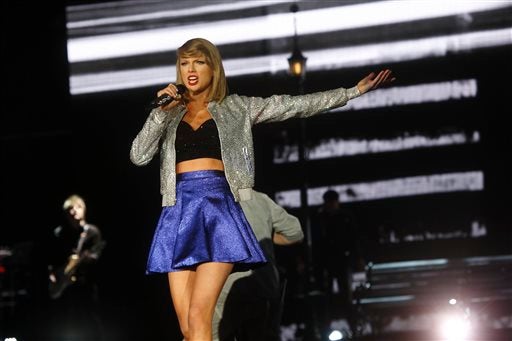 NEW YORK— Taylor Swift has apologized to Nicki Minaj for calling her out on Twitter regarding her MTV Video Music Awards nominations.

Swift tweeted Thursday that she thought she was “being called out” by Minaj. The singer added: “I missed the point, I misunderstood, then misspoke. I’m sorry, Nicki.”

“That means so much Taylor, thank you,” Minaj replied.

Minaj and Swift traded words Tuesday on Twitter after MTV announced the nominees for the VMAs, where Swift is the leader with nine. Minaj was upset she didn’t earn a nomination for video of the year for “Anaconda.” She launched a series of tweets about how slim women earn top nominations and later said black female entertainers don’t get enough credit for their influence on pop culture.

She didn’t mention any names, but Swift thought the rapper was referring to her.

Minaj tweeted there were no hard feelings Thursday after a fan tweeted that he was happy the performers had made up.

“I’ve always loved her. Everyone makes mistakes. She gained so much more respect from me. Let’s move on,” Minaj tweeted.