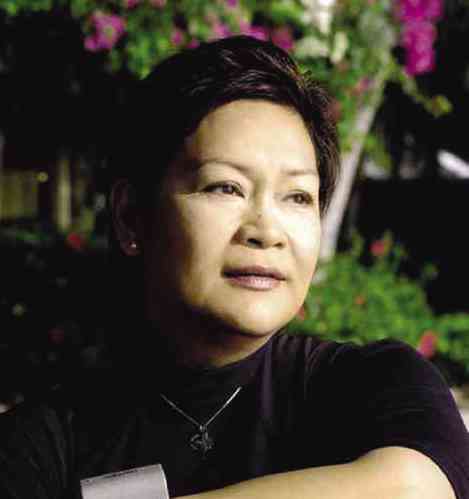 They haven’t been gone all that long, but our dear, departed faves, Marilou Diaz-Abaya, Behn Cervantes and Susan Calo-Medina, continue to be very sorely missed!

They’re really tough acts to follow because they were originals, one-of-a-kind, so we feel the “blanks” their departure has created in our lives.

Take Marilou: When she was around, despite the fact that she was battling the Big “C” for over a decade, she didn’t just write and direct about 10 more movies, but also trained scores of new filmmakers by way of her rigorous courses at her Marilou Diaz-Abaya Film Institute.

In addition, she was involved in the Peace Process, betted for Christian-Muslim understanding and interaction, went in for inspiring religious productions in a big way, and directed educational and religious TV shows for TV in Pampanga!

How could one woman do all that, deal with her medical crises and be such a good, caring friend to so many? Beats us!

For his part, Behn Cervantes was more controversial than Marilou, but his own life and career were similarly powered by his uniquely idiosyncratic persona.

When he was around, Behn would occasionally and most insightfully muse that he was bipolar long before the term was coined, which is why some people used to predictable behavior found him so hard to “take.”

As far as we were concerned, however, after we got over the initial “culture shock” of “taking” Behn on his own terms, being friends with him was a most comfortable fit.

Aside from appreciating his “in-your-face” affection and thoughtfulness as a friend, we admired him for being a courageous pioneer in activist theater, a lover of musicals, a charismatic teacher—and, wonder of wonders, when we directed him, a most obedient actor!

When, like Marilou, Behn had to fight his medical demons, we and his other fast friends felt helpless because we couldn’t share in his physical pain—but, we vowed to ourselves that we would do the next best thing after his ineluctably sad departure—to keep his achievements and memory alive—which is what we’re doing now.

Finally, Susan Calo-Medina, the most recent of our triumvirate of friends and colleagues to leave us, was similarly true to her idiosyncratic self, from start to finish.

She wasn’t half as volatile as Behn, but she always knew what she wanted, loved the arts to the max, and did a lot to make it flourish, as actor and theater producer, as gallery owner, as host-producer of “Travel Time” and other TV shows, and as all-around “moving spirit” on many other fronts.

Her passing was the most unexpected of all, but we must accept and deal with it, again by keeping her fervent memory alive!