Annabelle Rama: No script in filming of ‘It Takes Gutz…’

TALENT manager Annabelle Rama insisted on Tuesday that she, together with the members of her family, does not use any script while filming the reality show “It Takes Gutz to Be a Gutierrez.”

Dubbed as the first Asian family reality series, “It Takes Gutz to Be a Gutierrez” allows the audience to get a load of the daily happenings in the lives of the Gutierrez show business clan.

She said during the first season of the show she gets tight-lipped around the house as she knows there’s a camera following her. “Gusto kong magmura, ‘di ako makapagmura.”

Annabelle, a stern mother who is always ready to come to her children’s rescue, has always been known for her fiery personality.

Annabelle believes if there were really a script, it would be very hard to act. 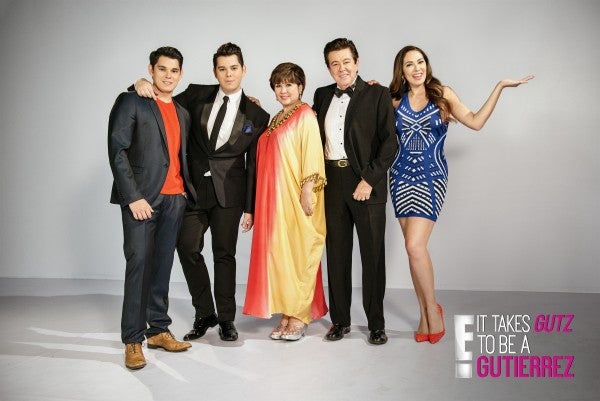 The third season of “It Takes Gutz to Be a Gutierrez” will premiere this July 27 on E! Asia.

The other three shows to be watched out this month are ‘How Do I Look Asia?”, “The StyleList Inc.” and “Top Five.”