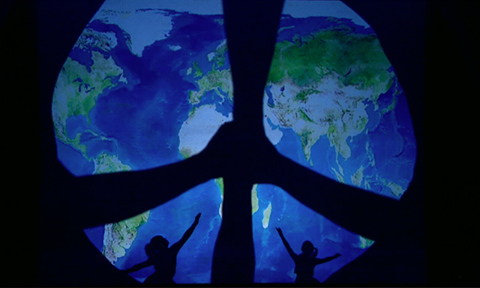 COTABATO CITY – The government of the Autonomous Region in Muslim Mindanao (ARMM) said it has tapped El Gamma Penumbra, Asia’s Got Talent grand champion, in a bid to further its campaign on environmental protection and peace.

This would be El Gamma’s first performance in Mindanao after bagging the coveted award in May, he said.

“Governor Mujiv Hataman and Cabinet members have agreed to have the 25-man El Gamma all-Filipino shadow play group to stage their award-winning feat for free inside the ARMM complex,” Abdullah said.

He said El Gamma’s shadow play on Mother Nature and the Mindanao struggle for peace was worth seeing by ARMM residents.

“We hope that the outcome would bring home the message on the importance of saving Mother Nature from human destruction, and instill the essence of love in living together harmoniously,” Abdullah said.

He said that, for the show, the ARMM government was preparing a stage in front of the executive building.

Aside from furthering its campaign on environmental protection and peace, Abdullah said the special El Gamma presentation would also be the ARMM government’s thanksgiving show for the Eid’l Fitr or the end of the fasting month of Ramadan.

Abdullah said the performance would also be a homecoming for one of the group’s members, Wahlid Minanga Bucana, who was born and raised in this city before his family moved to Batangas.

Bucana also apparently did not forget his roots when he greeted residents of this city on a late evening television newscast, where members of the group were interviewed after their win in the show’s finale held in Singapore.

El Gamma first joined ABS-CBN network’s “Pilipinas Got Talent” in 2013 and finished as a finalist.

During the top-rating grand finals on May 7, El Gamma showcased a moving performance about environmental conservation to the tune of “Colors of the Wind,” which moved judge Anggun to tears.