Advice to the young and restless

The gloomy weather lately seems to match the string of depressing news about young stars. After Jiro Manio’s airport drama, we were all shocked by the death of teener Julia Buencamino.

Then alleged videos of very young stars went viral. As a mother to a celeb (IC Mendoza) who started as a child star, my heart bleeds for the families of the personalities involved.

Show biz can be such a cruel place, especially for the young and restless. May these intrigues remind young stars that show biz is no playground, but a battleground.

It was such a delight to meet the girlfriend of Jay-R, Mica Javier. She is beauty queen material. I told her that she should try her luck in the next Binibining Pilipinas pageant.

They’ve been a couple for over two years now. She is also a singer who’s into pop-R&B. Mica and Jay-R met at a charity event of Apl.de.ap.

They wrote a song together called “Tonight,” and the duet was included in Jay-R’s album “Elevated.” It became the No. 1 song in Wave 89.1 and was included in the Top 10 music videos of Myx in 2013. 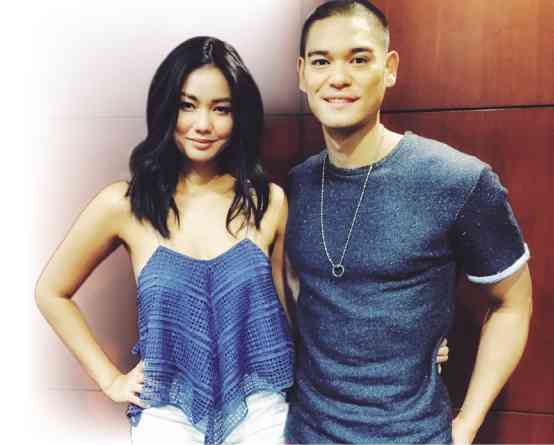 MICA Javier wants to make a name for herself—apart from being Jay-R’s girlfriend.

Mica admits that she was disappointed that her “boo” (their pet name for each other) wasn’t the grand winner of ABS-CBN’s “Your Face Sounds Familiar,” but she feels that Melai Cantiveros won due to her showmanship and popularity.

Apart from music, Mica also has her own perfume line called MNL (www.iheartMNL.com). “I plan to come up with a scent for men which will be perfect for Jay-R.”

Any marriage plans yet?

“We have talked about it,” she says. “But no rush. We still want to fulfill our dreams.”

Since they are both singers, don’t they have professional rivalry?

“None at all,” she insists. “I want to make a name for myself. Jay-R is already made, but it’s no issue. We support each other.”

Jay-R is at the height of success, but he will always be within Mica’s reach.

A Sought-after Star has gotten away with a little white lie all these years. SS’ “show biz age” is eight years younger than her real age. SS might as well be called “Tinker Bell” because she’s got a severe case of the Peter Pan Syndrome.

Two women with a Common Denominator bumped into each other in a studio. Woman A found out from a friend that Woman B has been bad-mouthing somebody close to her.

It seems WB wants to get WA on her side in her all-out war against CD. But WA knows better because WB did something mean to her in the past. WA is up to something to settle the score with WB. May the fiercest woman win!

Close friends of Unique Celeb are so disappointed with her. When she was recovering after major upheavals, her friend pulled strings for UC. Now that she has landed some projects, she has become incommunicado. Fame, if not handled properly, can cause amnesia. 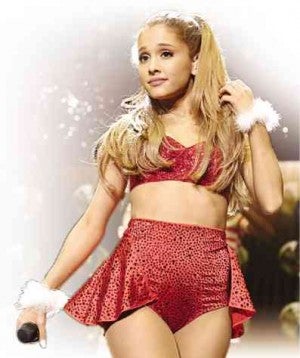 ARIANA Grande will have a concert in Manila next month. AP

Trust the total music experience service of Smart Communications Spinnr (SR)—now enjoyed by more than a million registered users—to come up with more opportunities for fans to see their fave music stars.

Music fans now have a   chance to win VIP tickets to the Manila concerts of Ariana Grande (Aug. 23) and Imagine Dragons (Aug. 27).

Just by texting LIVE to 4067 and subscribing to SR packages, users earn raffle entries that may lead to VIP tickets to both concerts, to be held at the Mall of Asia Arena.

The package comes with a 30-day, all-day streaming, with five raffle entries to the concert promo joined. (For info, visit www.spinnr.ph.)