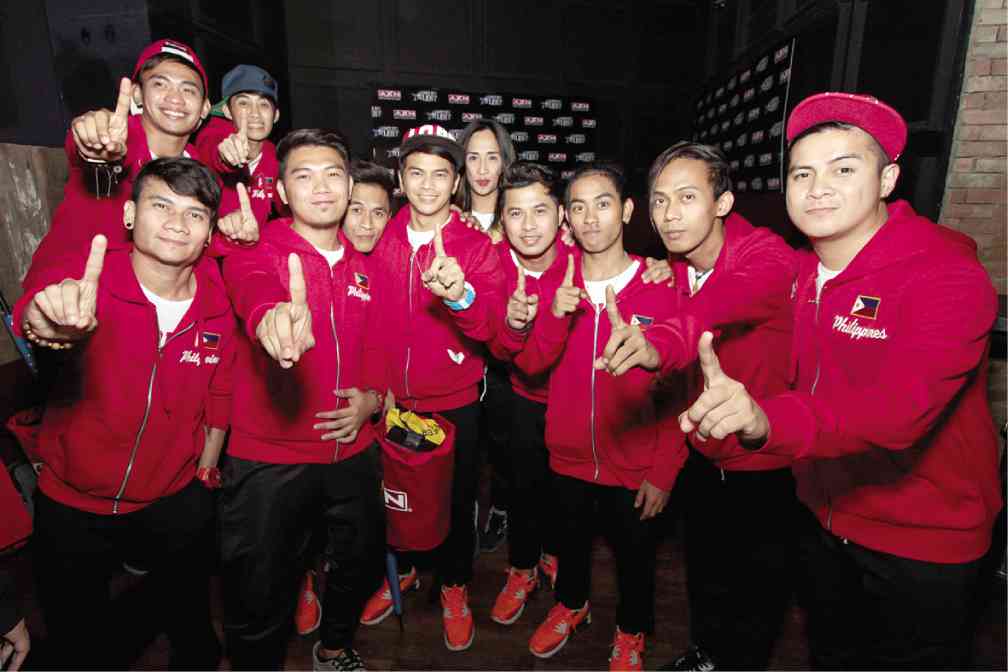 EL GAMMA Penumbra was invited to perform in the United States by an “Asia’s Got Talent” judge.LEO M. SABANGAN II

The Filipino shadow play group El Gamma Penumbra, grand prize winner of AXN’s “Asia’s Got Talent” (AGT), has captivated the imagination of audiences so much that it has been invited to perform in Australia, Singapore, Malaysia, Spain and the United States.

The group members use the interplay of light, shadow and their own bodies to create mind-boggling silhouettes of the Eiffel Tower, a sports car, a rhinoceros, the Statue of Liberty, a giraffe and even Mother Nature, among others.

Just like most artists, the ultimate dream of El Gamma Penumbra is to perform in the US. No less than music producer and AGT judge David Foster has invited them.

“Mr. Foster must have heard that we do charity events. He told us, ‘I’ll bring you to the US.’ He invited us to perform in a charity show on Oct. 24,” Marvin Marfa, EGP member, told the Inquirer in Filipino.

The group mates from Tanauan, Batangas are proud that they learned shadow-play techniques on their own.

Marfa stressed, “Even if you search every nook and cranny of the Philippines, you will never find anyone or any school that will teach you shadow play.” He added in jest, “If you do, we will give you P100,000 from our prize money.”

Part of their $100,000 or P4.5 million cash prize will go to the construction of the first school that will teach shadow play. “We are getting older and we are willing to pass on what we know to kids. Right now, we are already training 14 young people,” Marfa explained.

“They will be the ones to continue our legacy. We might no longer be limber when we’re 40. Bhaby Dhot Bayer, who plays the girl in our performances, is already 30,” he said.

Until their school becomes a reality, they will continue to put up with having to rent a cramped dance studio for their rehearsals.

The members of El Gamma Penumbra come from poor families. They were hip-hop dancers from different colleges in Batangas. “We used to compete with one another during inter-school dance contests,” Rowell Amano, another member, said.

Exposed to the elements

When they banded together and started to practice, they could only rehearse at basketball courts and gyms, which were exposed to the elements. “We only had halogen lamps and a white tarpaulin that did not show any shadow,” Bayer lamented.

Even during the onslaught of Supertyphoon “Yolanda” in 2013, the group was busy rehearsing. “It’s just wind. We are humans. We will overcome,” Marfa remembered saying after strong winds toppled their projection screen.

The first thing group members plan to do with the P4.5-million prize is to pay their debts. Marfa enumerated, “First, we will give the money to our families. We are not rich and each one had to pay expenses out of his own pocket. Second, we will donate to the Home for the Aged in Batangas. Third, we will donate to the Nepal earthquake victims. And lastly, we will build our shadow play school.”

The members admit that they were not the first to perform shadow play. But El Gamma Penumbra believes that the advocacies in the performances is what sets the group apart.

“Other shadow play groups only tell personal stories,” Marfa emphasized. Their winning performance showed the dire effects of man’s abuse of the environment on the earth and, ultimately, on man himself.

Fans of El Gamma Penumbra may find the visual images they create magical. But what does it really look like if their view was from behind the screen?

According to the group, the four AGT judges did not look at the “rear” view. “(AGT hosts) Marc Nelson and Rovilson Fernandez peeked,” Bayer said. “If you will look behind the screen, you will not be able to imagine how we could create those images. But all the chaos is the secret behind the magic.”