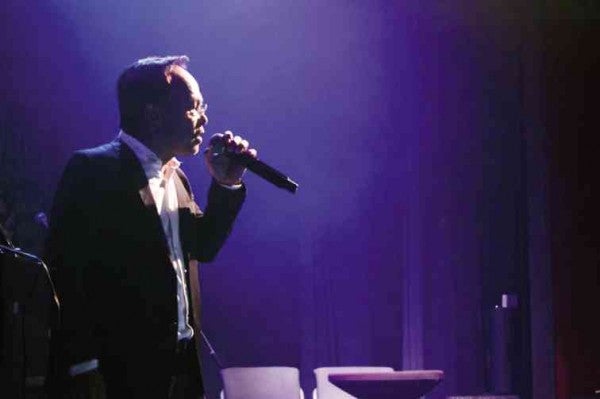 Noel Cabangon and I fondly call each other “friendship.” Just like his songs, he is so likable.

Noel has a way of endearing himself to you with his warmth and unpretentious ways.

For two years now, my kids and I have been spending Christmas (which is also Noel’s birth anniversary) at his celebration. I teased Noel that it will be an annual tradition.

Noel and other local artists will make it seem like Christmas in July for Original Pilipino Music (OPM) as they celebrate the first “Linggo ng Musikang Pilipino” (LMP) from July 25 to 31. It is part of efforts to promote and develop the already vibrant local music industry.

The inaugural celebration is spearheaded by the Organisasyon ng Pilipinong Mang-Aawit (OPM), the National Commission for Culture and the Arts (NCCA) and Bactidol. It was prompted by the signing of President Aquino of Proclamation No. 933, which declared the last week of July as LMP.

Highlight is a fun run for Executive Order 255—an awareness campaign, Mission: EO 255, will be supported by a 3k, 5k and 10k run. It hopes to call attention to the stricter implementation of the executive order, which was issued by President Cory Aquino in 1987 and required radio stations to play a minimum of four OPM songs every hour. The fun run will be held on July 19 at the UP Diliman Academic Oval.

#PalakasinAngBosesNgOPM Session is a series of live performances that will showcase talented OPM artists from July 25 to 31 in bars all over Metro Manila. The winning showcase will receive P100,000 and a plaque of appreciation from OPM.

My OPM Playlist Exhibit is a thematic exhibition of OPM songs from the playlists of influential Filipinos. It will be displayed at the Bonifacio High Street Amphitheater in the same week.

The culminating activity is a free concert at Ayala Triangle on July 31 (for details, call 6311022).

It’s time for every Karaoke-holic Filipino to sing praises for OPM. Our country’s timeless hits should be called national treasures.

Here’s my tête-à-tête with Noel:

Tell us about the “Palakasin ang OPM” project.

#PalakasinAngBosesNgOPM is a handle or a hashtag for the campaign to promote Filipino music.

This is part of the celebration of Linggo ng Musikang Pilipino, a proclamation that President Aquino signed and issued last year.

What’s the strength of OPM songs?

OPM’s strength, as we defined it, is the use of language. Language is the embodiment of our sensibilities as Filipinos… the way we craft our music is patterned after the beauty of our language. It has its own intonation and cadence.

What improvements does the OPM scene need?

There is a need to provide more live performances to showcase our kind of music and, more importantly, for new creations to be heard. We need to keep encouraging listeners to appreciate more Filipino songs.

Though there are initiatives to encourage creation, there is also the challenge for music creators to come up with new and better compositions.

And Executive Order 255, which was issued in 1987, must be implemented. A minimum of four OPM songs must be played every hour. To this day, radio remains a powerful medium.

What’s the best OPM song of all time?

There are several songs that mark the best of OPM and these were written in different genres, time and context.

If you could pay tribute to any OPM artist, who would it be?

Some of them were already honored and declared national artists. Some of them will be nominated soon. They all helped shape Filipino music. There are younger and new music composers who continue to make Filipino music evolve and adapt to new platforms.

What are the top Filipino songs on your playlist?

If you would compose a song about your life, what would the title be?

Tell us about your creative process.

I used to wake up early in the morning to write songs. The silence of dawn helps me a lot in my creative process. I usually write the melody and lyrics at the same time, and listen to different kinds of music.

What song will you never get tired of singing?

What don’t people know about you?

That I haven’t eaten meat for 19 years.