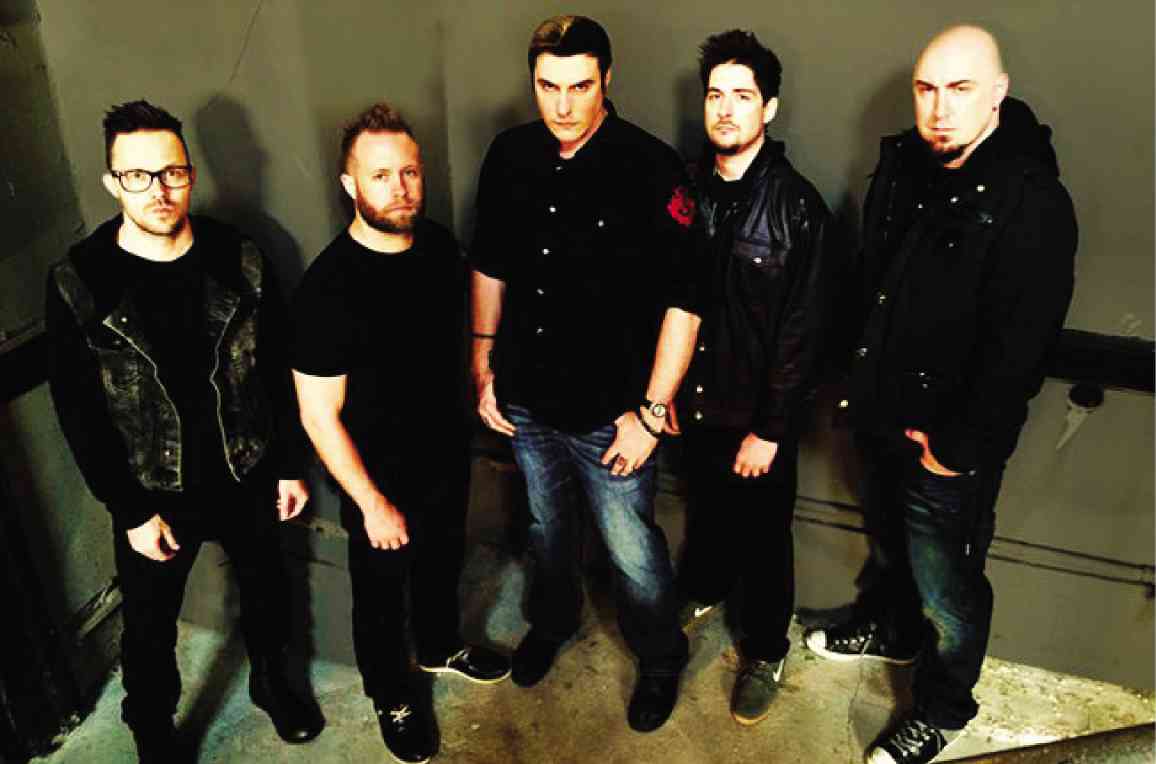 The music of Breaking Benjamin isn’t for the fainthearted—but, the edgy tracks featured in its fifth album, “Dark Before Dawn,” which debuts at No. 1 on the Billboard 200 this week, are snug-fit for people who use music to vent, decompress or relieve anxiety.

Anchored by lead vocalist Benjamin Burnley, the alternative rock group returns to the recording scene as a quintet, this time with new bandmates, guitarists Keith Wallen and Jasen Rauch, bassist Aaron Bruch and drummer Shaun Foist. (The group got its name after Burnley broke a microphone he borrowed during a performance.)

The album’s rock-and-roaring moments are bookended by eerie mood pieces, “Dark” and “Dawn,” that help contextualize its dark themes and head-banging swagger, especially when Burnley sings, sneers and screeches about his search for “the light that leads me home” (“Failure,” the carrier single), how lies feed hatred (“Bury Me Alive”) and how vulnerable we become when we’re in love (“Hollow”).

The catchy melodies are hard to ignore, but the lyrics are sometimes as deliberately vague as they’re provocative—because, as Burnley explains, “I want listeners to draw their own conclusions and interpretations from what they hear.”

He owes the improved clarity and coherence in Breaking Benjamin’s music to sobriety: 2009’s “Dear Agony,”  the group’s fourth collection, was the first album that Burnley wrote while completely sober!

Take “Angels Fall.” The persuasive heavy-metal piece is about persistence and grace in the face of imminent defeat: “When all is lost and daylight ends/ I can’t give up, I can’t give in/ When angels fall with broken wings.”

“Ashes of Eden,” the lineup’s lusciously rendered ballad, muses about the consequences of resisting romance: “Will the light begin to pull me to its everlasting will?/ Will I miss the final warning from the lie that I have lived?”

Dracula as a metalhead

What kind of music does Dracula, Frankenstein’s monster or “The Lord of the Rings’” Saruman listen to? In the case of Christopher Lee, who portrayed all three creepy characters before he died at age 93 last month, the answer is—classical music and heavy metal! How disparate can you get?

The horror icon recorded operatic pieces between 1986 and 1998 before he shifted radically to heavy-metal music at age 88, when he released the album, “Charlemagne: By the Sword and the Cross,” in 2010 and its follow-up three years later, “Charlemagne: The Omens of Death.”

In last year’s “Metal Knight,” he sang “My Way,” “Impossible Dream” and “The Toreador March” (from “Carmen”) to pay homage to Don Quixote, the most ‘metal’ fictional character he said he knew! His versions are character-sung with conviction, flair and cheeky fun—and are guaranteed to give listeners the heebie-jeebies!

He explained to blabbermouth.net: “It’s light-hearted, joyful and fun! When you reach my age, it’s important to stay active by doing things that you truly enjoy. Every day is a celebration!”

Lee also released two EPs composed of heavy-metal covers of Christmas carols, like “Hark! The Herald Angels Sing” and “Jingle Bells,” playfully retooled as heavy-metal tunes and retitled as “Darkest Carols, Faithful Sing” and “Jingle Hell,” respectively! The latter peaked at No. 18, making him the oldest singer-musician to enter the Billboard charts!