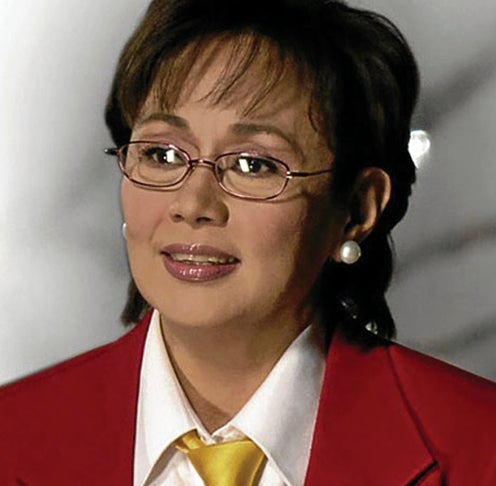 National Artist for Literature Frankie Sionil Jose writes to second the motion on our pieces on the greater value of “character” acting over the “personality”-oriented variety that most stars favor in these parts.

He goes on to further energize our spirit and resolve by urging us to keep on “enlightening” both practitioners and viewers alike. With arts and media leaders like you boosting our efforts, Manong Frankie, how could we not?

Our recent “Vilma for VP” article elicited spirited reactions not just from Vilmanians but also from “unattached” readers, who cited the star-governor’s “hit” combination of executive experience, national popularity and “clean” reputation in governance.

The nay-sayers were in the distinct minority, with some of them not dissing Vilma per se, but making the general observation that many stars (think some senators and higher) don’t make good public servants and leaders.

Indeed, some people want Vilma to run for VP—and win—precisely to disprove the cynical contention that stars don’t make good political leaders. They point to her exceptional performance as mayor and governor, for which she’s had to almost completely “sacrifice” her stellar show biz career.

Still, some of her fans can’t be faulted for hoping that, even if Vilma becomes a national leader, she will still make movies once in a while (“even if only once every two years”), because “she’s one of the best!”

On our piece on sex on local TV, reactors wish that “Pasion de Amor” could be moved to a later time slot, so its scenes can be free to “sizzle.”

After all, they note, the ostensibly passionate drama offers a lot of “hot eye candy” in its young and buff lead players, so it’s a distinct pity and “waste of natural resources” (!) to see them being limited to longing looks, heaving chests and such—!

On gossip shows that cover the entertainment scene, a reactor gripes that most of them don’t really do what they promise to, with most “shocking” revelations and exposés actually turning out to be about insignificant starlets who could even be fabricating scandals just to heat up their incipient careers.

Some hosts are also faulted for using up too much TV time just talking about themselves and their friends, plugging this and that production, commercial tie-up or event, and not really dishing the dirt, as fervently promised. —Which could be why the “celebrity gossip” show format appear to be at an ebb this season.