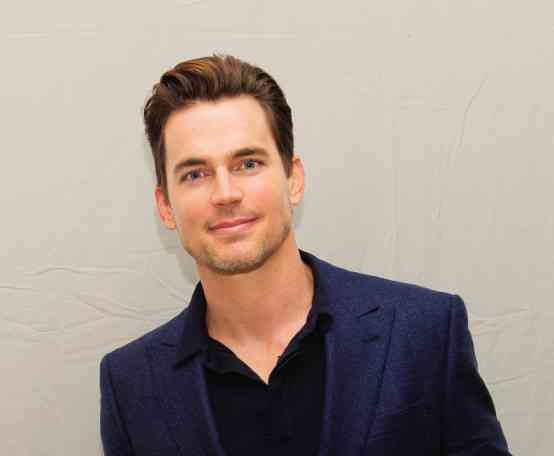 THE OPENLY gay actor says that he is ready for a role that requires him to be flabby, where he can “just eat pizza.” photo by Ruben V. Nepales

LOS ANGELES—Matt Bomer is back as the “spiritual stripper” in “Magic Mike XXL” but this time, he sings too. The actor, who reprises his role as the meditating and sage-burning Ken in the sequel to the 2012 original, told us in a recent interview how he got to sing Bryan Adams’ ballad, “Heaven,” in a scene.

“We did the first movie on an extremely limited budget,” said the blue-eyed 37-year-old who starred as Neal Caffrey in the TV series “White Collar.” “So we used to entertain the extras between takes. One day, Channing (Tatum) just shoved a microphone in my face and said, ‘Do something.’ Joe (Manganiello), whom I have known since we were 18, said, ‘You should sing.’ Channing was like, ‘Sing some Jodeci.’ So I did and Channing remembered that.

“When we met about doing a sequel, Channing was like, ‘You should sing in this film.’ I can’t think of anything more terrifying than having to strip in front of 800 strangers and then to be singing at the same time. It was beyond daunting to me. But I thought, okay, might as well try. (Laughs)”

Asked how he and Joe knew each other from their teens, Matt explained, “We went to college together at Carnegie Mellon University. So we have been doing plays together since that time. We happened to come back together for ‘Magic Mike.’ ”

The 2015 Golden Globe best supporting actor (TV) for “The Normal Heart” is happy for Joe and Sofia Vergara over their engagement. “I am such a huge supporter of their relationship. I have seen Joe grow and flourish in their relationship.”

Matt added about his pal whose dance scene in a mini-mart is one of “Magic Mike XXL’s” highlights: “I stayed for every take of that scene because it was so cool to see someone I’ve known for so long to have this moment. I knew that it was going to be like a real moment for Joe—just for him to be available to own it, have fun and enjoy that. To me, that was one of the highlights of the whole shoot—getting to watch him.”

As for his own character, Matt stressed with a grin, “He’s the spiritual stripper. What was fun about him was that he is this contradiction because he has all these Zen techniques and he is the Reiki healer. But at the same time, no one needs those techniques more than he does. He’s just the wrong person to lead this band of outsiders. When he tries to lead them, they end up crashing into a tree.”

The Texas-raised actor, who got in shape again for the sequel, was asked how he reacted when he saw his ripped body in the mirror. “I was scared of looking in the mirror even though I knew I was doing everything I could,” Matt said. “I am rife with insecurities as it is, as most actors are. I was actually trying to avoid the mirror because I knew that I would find fault in whatever I see. It was ‘healthier’ if I just kept my head down, kept going to the gym and to the rehearsals. Then whatever happens, happens.” 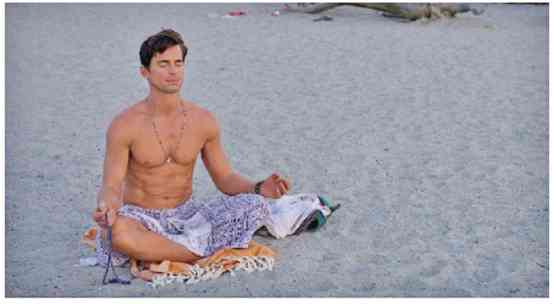 BOMER says of his character, a Reiki healer: “No one needs those techniques more than he does.”

Matt, who has been married to Simon Halls since 2011 (they have three sons), quipped that he’s ready for a role that requires him to be, well, flabby. “Bring it on, man!” he exclaimed. “A role where I can just eat pizza and let it all hang out? I would love that, man! One of the really fun things about being an actor is that you get to have different physical as well as emotional experiences and different points of view. It’s always changing.

“It might be ‘The Normal Heart’ where you had to lose 40 pounds or this film where you had to put on 15 pounds. It’s up and down. My body is like, you need to sign up for a kitchen sink drama where you can just let go and be you.”

In the meantime, Matt is glad to be back on “American Horror Story: Hotel” where he, Lady Gaga and Finn Wittrock will be involved in a hot love triangle.

“I did a guest spot on that last season,” he said about the show created by Ryan Murphy, who directed him in “The Normal Heart.” “I had the best time on that set, hanging out with the members of that ensemble who were all part of that ‘freak show,’ whatever you want to call it. They were the most fun people. They were so grounded, down-to-earth, funny, enjoyable and they live life to the fullest. 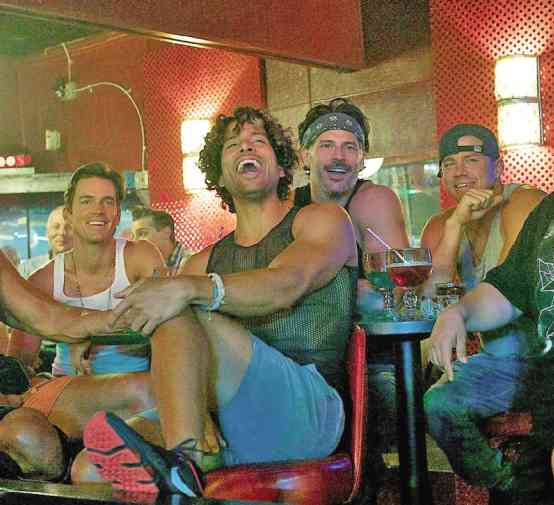 “I also worked quite extensively with Kathy Bates, which was a dream come true. Working with Sarah Paulson was also on my bucket list. And I am a huge fan of Angela Bassett.”

He continued, “I am so excited to be a part of the season again. It’s a wild ride. It really is. Most of my story line in the beginning is with Lady Gaga which I am excited about. She’s such a brilliant artist. I know she’s going to bring a lot of incredible things to the table. Just the character that they have created for her is spot-on. There’s so much for her to play with.

“Every script is like a Christmas gift. I am like, okay, what is in store for me this week? In some weeks, it’s just a little thing here and there. In some episodes, man, I really have a lot on my plate.

On Ryan, who’s proving to be his lucky charm, Matt said, “I love collaborating with Ryan because I’ve been on television for 15 years. It takes a lot to inspire me. Any time I work with Ryan, he’s always bringing something to the table that is fresh and interesting. I can’t go into details but even the take they have on my character and Lady Gaga’s is so fresh and original. I hadn’t even thought about it that way before.”

Pressed for more details on the love triangle, Matt smiled and replied, “I can’t tell you. I will be in so much trouble and I will be in my own American horror story if I tell you those details.”