Jack Black is on ‘The Brink’ 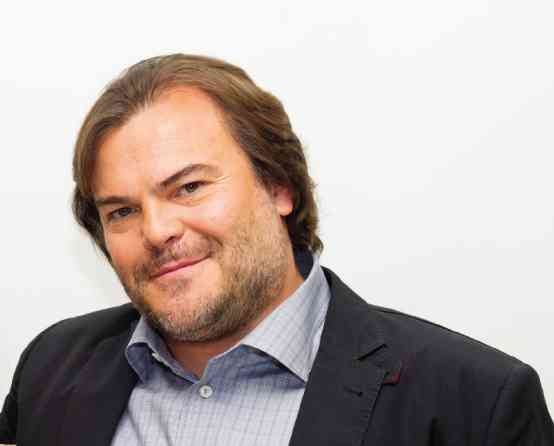 LOS ANGELES—Jack Black had just sat down, but he was already being funny. “I feel like I should be up higher,” the actor mock complained. “Is there some way that we can raise my chair a few feet? It doesn’t feel comfortable. I’m on the same level (as the table). Yeah, if you could have room service bring a milk carton. Good idea.”

In its premiere season, “The Brink” centers on a geopolitical crisis in Pakistan. Each season will focus on a different crisis somewhere in the world. Jack portrays Alex Talbot, a foreign service officer at the US Embassy in Islamabad, while Tim plays the US secretary of state.

The lovable comedian explained why he accepted the TV stint: “I only have one movie poster in my house. I’ve had it for years. It’s the ‘Dr. Strangelove’ poster. It’s not the English version. That was too expensive. I think it’s the Portuguese version—so, that speaks to my love of that film and that particular mixture of genres. Kubrick was the only one who did it where it was comedy, politics and action.

“You can’t call it an action film, but there’s some crazy action going down—George C. Scott’s somersault, for instance. So, when this script came to me, I loved it right away. It has those same insane elements and a comment on world politics. Our political leaders are insane. It’s a mad world. I responded to the script’s we’re-all-in-the-same-boat humanity message.”

Jack, who once described himself as “a Democrat to the core,” said, “It’s important to remember that our world leaders are human and have faults. That’s why it’s important to stay informed and do our part in the political process and vote for the people we think are best-suited for the job—because if you just let it run its course, we’ll always be teetering on the precipice of disaster. We have to stay on our toes!”

The 45-year-old cited his news sources to keep up with politics and current events: “I don’t watch the local news. I have my favorite pundit programs that I watch in the afternoon, like my Rachel Maddow. I never miss my Rachel Maddow! She’s my favorite from MSNBC. I also check in on The New York Times website.

“I like to see what’s up on the Huff Post, even though it’s more like candy now. It’s like pretty pictures and cool, attention-grabbing headlines—but, I like it. It’s in line with my politics, so it makes me happy. I must confess I do check in with Yahoo! News, which is probably the least informative. But, they’ve figured out the science of my brain, where I’m, like, ooh! I feel like a child a little, but I love my Yahoo! News.”

He shared more details about his character. “Alex Talbot is like a John Belushi. He’s a party animal. He loves the sex. He’s got a one-track mind. He also loves to smoke marijuana and have a good time. But, he’s also very ambitious!

“He would like to be a CIA spy. He thinks that would be the sexiest of all occupations, because it would help him get laid more often. I don’t think he has that much sex, but he’s constantly thinking about it and trying to have it.

“He’s a bit of a wanker, but he’s also a patriot. He loves his country and wants to do some good for the world. He wants to make a difference, so he’s a complicated character. He has the little devil over here, and the little angel over there. He’s a fun character to play.”

As for his musical career, Jack updated us on his band, Tenacious D, which has released three albums and actively tours. “We have a lot of (music) festivals coming up,” he shared. “We perform in Canada, Chicago and a few other places. But, the thing we’re most excited about is the festival we created, called Festival Supreme, which will be at the Shrine Auditorium in Los Angeles on Oct. 10. We’re constantly writing and coming up with new stuff—that’s still a major part of my life.”

The long-haired wit, who memorably played Dewey Finn, a substitute prep schoolteacher in “School of Rock,” disclosed that there are no sequel plans so far for that beloved movie. “But, there’s a ‘School of Rock’ television show,” he said. “I have nothing to do with the ‘School of Rock’ Broadway musical by Andrew Lloyd Webber. I hope that they make millions of dollars. ‘You are welcome,’ I say to them.”

Jack’s wife, Tanya Haden, with whom he has two kids, is also in a band called The Haden Triplets. Tanya, Petra and Rachel are the triplets of legendary jazz bassist, Charlie Haden. “They have an amazing album out called ‘The Haden Triplets’—it’s old country classics,” Jack said. “It’s a beautiful record, produced by Ty Cooder. You should check it out.”

Jack’s next films include “Goosebumps,” where he plays a fictionalized version of young-adult horror novelist, RL Stine, and “Kung Fu Panda 3,” where he voices ursine hero, Po, again.