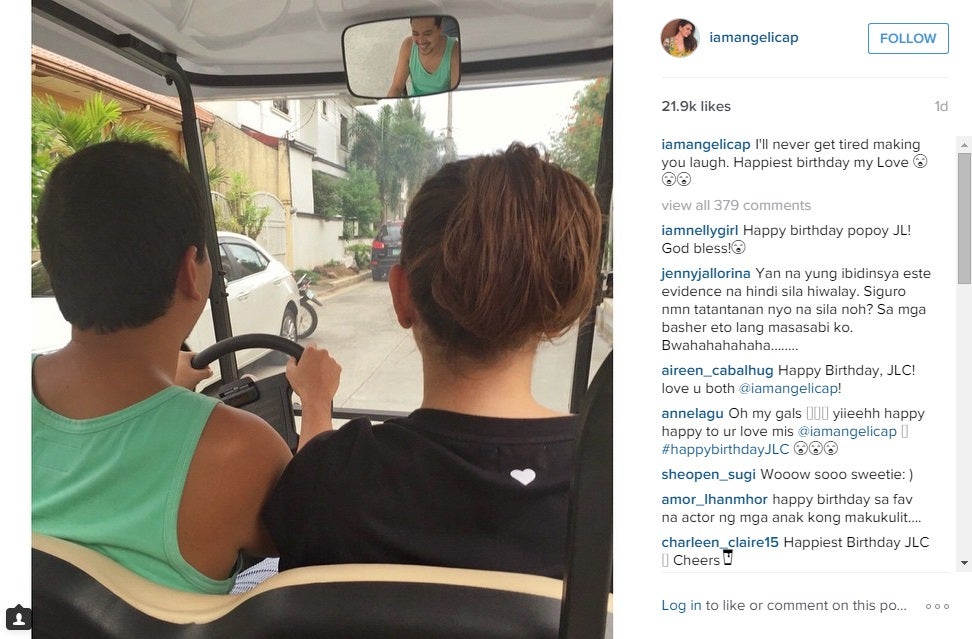 Amid rumors that they have broken up, Angelica Panganiban offered a sweet message for boyfriend John Lloyd Cruz on his birthday.

In an Instagram post on Wednesday, Panganiban shared a photo of Cruz laughing while driving with the caption (unedited) “I’ll never get tired making you laugh. Happiest birthday my Love.”

Panganiban also posted a photo of the actor to invite fans to watch him on the ABS-CBN show “Maalaala Mo Kaya” on Saturday.

Breakup rumors between the two surfaced earlier this month after a newspaper columnist wrote that the two were “due to split up.”

Panganiban has repeatedly denied the rumors, saying everything is fine between her and Cruz. They have been together since September 2012. Arianne F. Merez, INQUIRER.net trainee/IDL