Gaiman’s ‘American Gods’ to be adapted into TV series 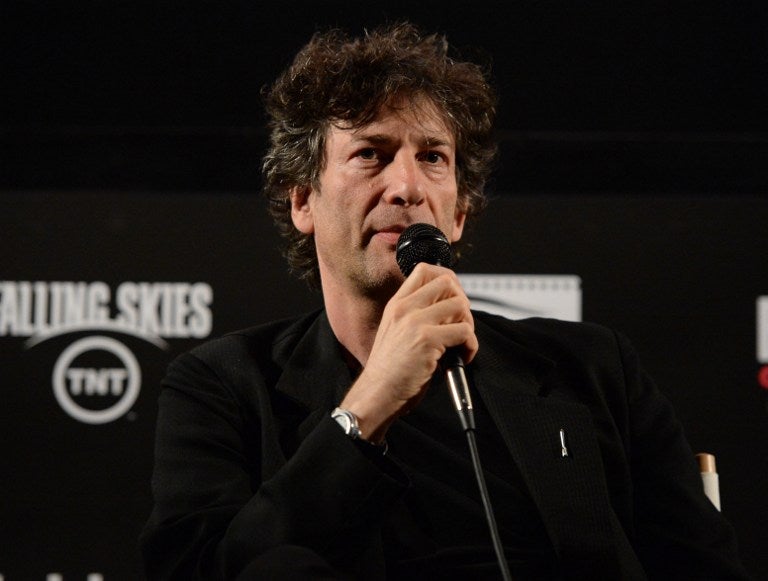 British author Neil Gaiman will serve as the executive producer of the TV adaptation of “American Gods.” AFP FILE PHOTO

This was after US pay cable network Starz announced on Wednesday that the best-selling novel would be adapted into a television series, with Bryan Fuller (creator of “Hannibal”; writer of “Pushing Daisies” and “Heroes”) and Michael Green (co-producer of “Heroes” and “Smallville”) as writers.

“Starz is committed to bring ‘American Gods’ to its legion of fans. With Bryan, Michael, and Neil guiding the project , we hope to create a series that honors the book and does right by the fans, who have been casting it in their minds for years,” said Starz chief executive Chris Albrecht in a statement.

“American Gods,” which has been translated into over 30 languages, centers on a war between traditional gods of mythological roots and modern gods that reflect contemporary society’s obsession over money, fame, and technology.

READ: Neil Gaiman-from A to Z

It focuses on the character of Shadow Moon, an ex-convict who served as apprentice of Mr. Wednesday, an older god in the guise of a convict who has been gathering forces in preparation for the war with modern dieties.

Starz said the production would begin once the lead role of Shadow Moon has already been cast.

In a report by Los Angeles Times, Gaiman, who will also serve as an executive producer of the series, said he was confident that his “baby is in good hands.”

“I am thrilled, scared, delighted, nervous and a ball of glorious. The team that is going to bring the world of ‘American Gods’ to the screen has been assembled like the master criminals in a caper movie,” he said. “Now we finally move to the exciting business that fans have been doing for the last dozen years: casting our Shadow, our Wednesday, our Laura…”

The upcoming series will be distributed worldwide by FreemantleMedia. Fuller worked on psychological thriller series “Hannibal,” while Green was behind “Heroes” and “The River.” Yuji Vincent Gonzales/IDL