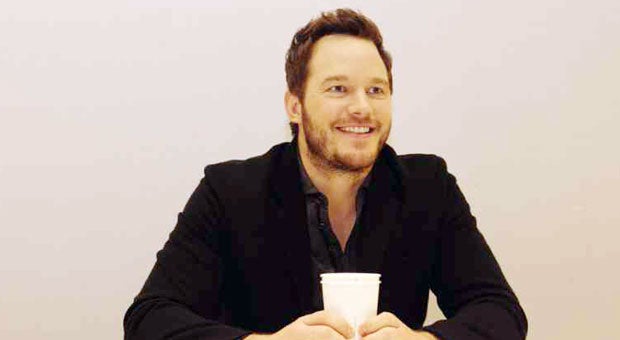 THE “JURASSIC World” star was 13 when he first watched “Jurassic Park” in 1993: “It was my first big event movie.” photo by Ruben V. Nepales

LOS ANGELES—Chris Pratt walked in at the Universal Studios’ backlot commissary holding two strips of bacon he grabbed from the breakfast table. As he sat down for this chat, he hurriedly wolfed down the cured meat slices like a mischievous little boy. And that set the humorous, food-themed conversation on this recent morning.

It’s a no-brainer—Chris will become an even bigger star with the release of director Colin Trevorrow’s “Jurassic World.” As Owen, a Jurassic Park dinosaur and raptor researcher who teams up with park director Claire (Bryce Dallas Howard) when things go horribly wrong, the actor lights up the screen like Harrison Ford did in the “Indiana Jones” movies. In fact, we told him he should be the next Indiana Jones.

Turning 36 on June 21, Chris has been married to actress Anna Faris since 2009. They have a two-year-old son, Jack.

The Minnesota native said being an actor whose career gradually rose (with credits that include the TV series “Parks and Recreation,” where he plays Andy Dwyer) helps him cope with fame and its challenges. After “The Lego Movie,” “Guardians of the Galaxy” and “Jurassic World,” Chris has signed up for “The Magnificent Seven,” which is now filming, and “Passengers.”

The following are excerpts from our humorous talk with Chris:

How do you keep fit, because we know you love to eat?

Yeah, I had a handful of bacon when I walked in here (laughs). 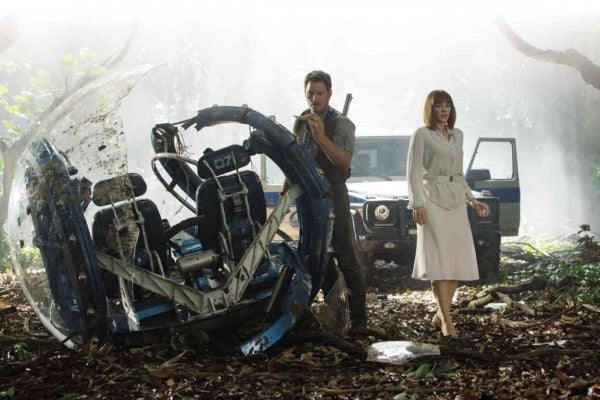 You said in an interview that you were “impotent” when you gained a lot of weight.

I love being reminded of how I said that (laughs). I did say that. I think that word describes somebody who can’t get an erection at all. But that wasn’t necessarily the case. But it was a little harder to come by and my sex drive was lower. I just didn’t feel good. I wasn’t virile and active.

Just being more physically active in my daily life and monitoring the things I take into my body made me come back a little stronger in a way. That’s probably another reason why my wife wants me to be fat, so I will keep my hands off her.

So what do you do on a daily basis to avoid gaining weight again?

Usually, I would be in good shape for a role. Then I would have a few months off and I would completely binge, drink and eat my face off and gain 30 pounds. And it would be great.

But then I would have to lose all that weight for the next job. So, for me, it’s important to keep the weight like this, rather than having extreme highs and lows.

Like I worked out this morning and yesterday. I did not feel great in either of those days. I am pretty exhausted. But I have to go to the gym, do a little bit of workout and maintain my diet as much as I can.

But I am not so strict. I don’t go extreme one way or the other. I let myself have a few cheat meals but also work out when I can. Then, when it comes to work, I get extreme, knuckle down and get in shape.

What is your one weakness in food?

My one weakness is flavor. I am into anything that tastes good because I don’t get a whole lot of that when I am on a diet—ice cream, frozen yogurt, fruits, sugary and delicious things, and bacon. I tend to believe that bacon doesn’t have any carbs. I am going to have five pounds of bacon. That shouldn’t be bad for me. Indulgence is my weakness. I need to learn to moderate my moderation.

After watching this movie, I say that you should be the next Indiana Jones.

If you came here to tell me that I got the job, we could have a great conversation about it. It’s not the first time that I heard that. It’s an exciting prospect. Having said that, I would approach it the same way I approached this one (“Jurassic World”)—wanting to know what the story would be and why it would be important to tell that story now outside of the fact that Hollywood loves a good title with a far reach. If it’s a great story with a really fresh and inspired take, I would definitely consider it.

How much did you know about “Jurassic Park”?

I was 13 years old when it came out in the movie theaters. I saw it on opening weekend. It was really my first big event movie. Colin, Bryce and I went into this being very careful about how we would treat this franchise because it meant so much to us.

But it wasn’t one of those things where I just wanted to say, “Yes,” right away. I was careful.

You’re now a big star. Have you reflected on how fame may change you as a person?

Boy, that’s a tale as old as time. Someone enters this world, has the world on a string and then he completely blows it. It happens all the time. It’s my intention to maintain my integrity. I have a great wife and a wonderful child. I was raised right. I have great parents and an upbringing that raised me to become what I am today.

I probably have a benefit over some people who have found superstardom because it took me a long time. It took 15 years. Through those 15 years, I got to learn a lot of lessons and got a 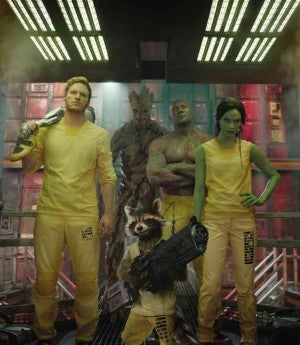 little bit better as an actor by learning on the job, but also by witnessing other people who had it and lost it.

I witnessed people coming and going. Frankly, I got to understand the nature of this business, how fickle it is. The key to navigating this and coming out with any sense of sanity is to not make fame the most exciting part of your life. Sitting here and answering these questions is really cool but if you took it away from me, I wouldn’t be devastated.

Ask me again in six months and I might be up here doing lines of cocaine and flipping everybody off and going, “F*** you, I am on top of the world.” I hope not. We will see.

One thing you still have is your sense of humor.

That’s a key, too—to be able to laugh about this. It’s important. You should take seriously the responsibilities that come with this. You actually get an opportunity to do some pretty positive things if you so choose.

I will continue to do that and use the character of Peter Quill (“Guardians of the Galaxy”) or my characters in “The Lego Movie” and “Jurassic World” to reach out and raise money for cool charities, visit kids who are sick in the hospital, make their day and make them smile. All the other s**t —you don’t have to take that seriously. Certainly, you shouldn’t take yourself too seriously.

How do you feel when you see yourself on magazine covers, including that recent one of Entertainment Weekly?

My first impulse was, oh, my nipples are nearly cutting through that shirt. I was like, couldn’t they Photoshop the nipples down a little bit?

I guess so. Is it? Free the nipple! I have no shortage of people who poke fun at me for those things and they should (laughs). It’s a funny cover. My first thought was, my nipples are poking out.

Have you seen your action figure?

Oh, yeah. It’s not unlike that Entertainment Weekly cover. Just another thing that my brother (Cully, a police officer in Northern California) gets to make fun of me for.