Lesbian drama fails to live up to initial promise 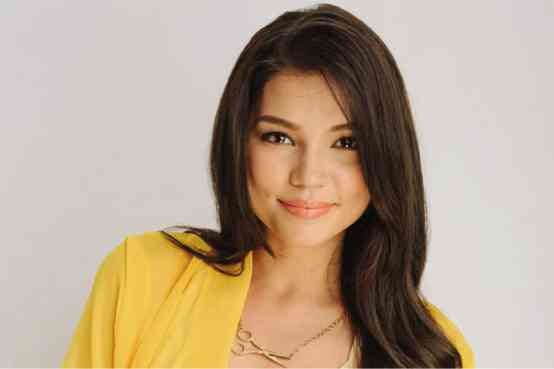 RAMOS. Her new series is more stodgily melodramatic than envelope-pushing.

Despite its best efforts, “The Rich Man’s Daughter” has thus far failed to live up to its promise as a consciousness-expanding, gender-bending dramatic experience.

When first conceptualized, the drama series was exciting because it topbilled the “all-woman” Marian Rivera as a late-blooming lesbian. When Marian bowed out of the project, the “all-woman” factor lost its special viewing “hook.” Even if her replacement, Rhian Ramos, is certifiably lovely and famously “hetero,” the extra edge isn’t there, and the series is becoming too stodgily melodramatic, rather than envelope-pushing.

Another hindrance is the fact that the show has become much too talky for its own good. One verbose scene follows another—Rhian crying about her woes on a friend’s shoulder, then a sequence in which it’s Glaiza de Castro’s character who’s venting her frustrated feelings on a confidante—etc. Please, give it a long rest!

A more productive element is the series’ Chinoy context, with its additional strictures and stressful pressures, but this can’t adequately compensate for the show’s low points.

It must also be said that a key drawback is Rhian’s diligent but less than inspired portrayal. Often limited to the level of earnest melodrama, it robs the series of the strong “spine” it needs to excite, disturb and provoke.

Sadly, despite its initial promise, even Glaiza’s more “knowing” performance is losing steam due to the talky script. Also less than helpful are the supportive performances of Glaiza’s lesbian friends, who sometimes clutter up the storytelling’s progression with their attention-calling gimmicks.

More positive is the contribution of the series’ mature players, especially Gloria Romero as Rhian’s grandmother.

What they add to make the series’ drama more potent is the passion in their portrayals—a big contrast to the younger leads’ merely earnest and hardworking performances.

How can the series’ showing be significantly improved? It has to go beyond heaving melodrama and shed more radical light on the lesbian experience, which some “straight” viewers still can’t fathom.

The show should also stop being so emotionally and visually coy, favoring “artistic” insinuation instead of sensual believability.

If this is not “allowed” on TV, it’s a big problem, because we’ve already had our fill of the show’s loud and verbose explications and expostulations. If the show can’t solve this key problem, perhaps it’s telling a story that shouldn’t be told on TV—at least, not in this tangential, “theoretical” way.