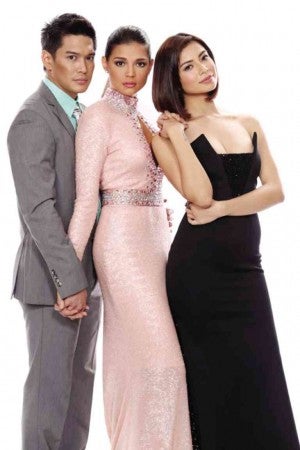 When GMA 7 announced some months ago that its teleserye “princess,” Marian Rivera, would play a lesbian in her next drama series, “The Rich Man’s Daughter,” viewers became instantly curious about how the famously “all-woman” actress would fare in her most controversial and challenging role to date.

Unfortunately, the edgy casting move was all too soon “overtaken by events”— namely, the newly married star’s pregnancy, which was deemed so delicate that she opted to give up the plum assignment to make doubly sure that she would be able to carry her baby safely to term.

Marian must have felt sad at giving up such a golden opportunity to stretch her thespic wings and prove her versatility, range and depth, which some people have doubted.

After the decision was made to pass up the chance to further her career and thespic reputation, onlookers naturally wondered to whom the plum role would be assigned. Finally, the word was out: Marian’s lesbian character would now be played by Rhian Ramos. Would she be able to do full justice to the challenging role? Uh, next question please.

Still, even as others looked askance, we opted to have a more open attitude, and allow Rhian to prove that she “deserved” the prized assignment.

Well, “The Rich Man’s Daughter” finally premiered last May 11, and we made sure that we caught its first telecast, the better to clue everybody in on its actual effectiveness and quality. So, what’s the lowdown on the new show?

Rhian makes a lovely leading lady, but the gender-bending factor has yet to kick into her portrayal, which to date is merely cool and “sophisticated.” To be sure, her character has yet to acknowledge the “darker” aspect to her nature, so she needs more time to get hot and bothered!

That key development comes when she meets Glaiza de Castro’s more experienced and “knowing” character, whom she chastely sees as her new “soulmate.” So far, so guarded!

Truth is, the gender-bending element can believably kick in only when she goes beyond the safe parameters of soulmate-hood, and realizes that she’s getting physically, emotionally and 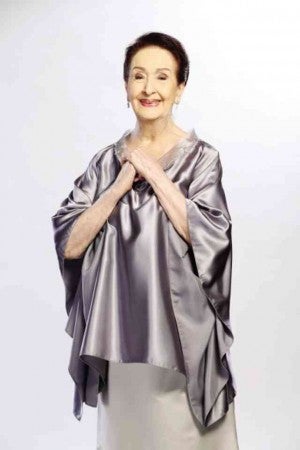 GLORIA Romero is memorable as grandmom with Alzheimer’s.

psychologically turned on by her forthrightly “liberated” friend.

Let’s hope that it happens sooner than later, or else Rhian’s portrayal will remain at the safe and theoretical level.

For her part, Glaiza has no such qualms about admitting to her character’s verboten feelings. Even better, she doesn’t have to resort to cliché “looks,” heavy breathing and such to “indicate” and underscore her ardor for Rhian.

Glaiza is one of our few TV thespians who can go beyond such obvious “symptoms”—because she knows that “lez” is more!

As for the other members of the show’s stellar cast, the mature standout is Gloria Romero, who plays Rhian’s grandmother, who’s in the tragic throes of Alzheimer’s. Fact is, it was she who turned in the most memorable acting “moment” last May 11, when she suddenly “remembered” her beloved apo’s name! The moment took only a few seconds to pull off, but Gloria did it quietly, beautifully—and seamlessly.

Let’s hope that succeeding telecasts won’t forget to highlight her and her vastly superior thespic gift!