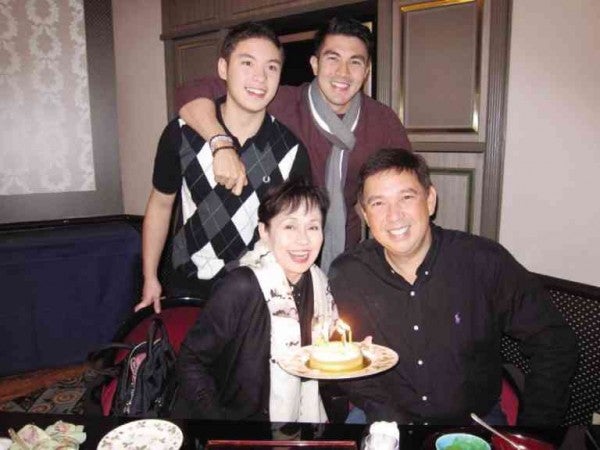 It’s always such a delight to hear from Ate Vi (actress and Batangas Gov. Vilma Santos).

Her text messages are always filled with emoticons. I can feel her warmth as she tells me about her day, and as she checks on me, too. It’s so cute whenever she apologizes (even if she doesn’t have to) for her late reply, sometimes.

I asked Ate Vi for her sentiments on the statement made by Angel Locsin (girlfriend of her son, Luis Manzano) to the Inquirer that she’s raring to get hitched.

Here’s her reply via SMS:

“Angel is mature enough to decide for herself. What’s important is that they love and respect each other. We love Gel. My son is so happy with her. I really hope Luis and Gel will push through with the wedding soon.”

Even if Gov. Vi refuses to claim her senior citizen card (she doesn’t look nor feel her age anyway), I’m sure she can’t wait to be a Grandma for All Seasons after Luis and Angel take the plunge.

Ooh La Lola, she will never lose her oomph!

Just like with Ate Vi, I also get a kick out of exchanging text messages with the inimitable composer Ryan Cayabyab, whom I fondly call “Your Eminence.” Every time I’m in Cebu, I think of him because our friendship officially started during the OPM Fair there.

I was so amused when he texted me about this lechon place, which he found near the hotel where we were billeted. Even if he didn’t happen to be the living legend that he is, he is awesome enough just by being himself.

What are your thoughts on Aiza Seguerra’s new CD, which is a tribute to you, “Araw Gabi: Mga Awit ni Maestro Ryan” (Universal Records)?

I like all the songs’ arrangements, but it is Aiza’s wonderfully controlled voice that mesmerizes. That voice has matured well and every nuanced ache and joy can be felt. I am very honored that an artist like Aiza has chosen to record my songs.

What is your favorite song in the album? 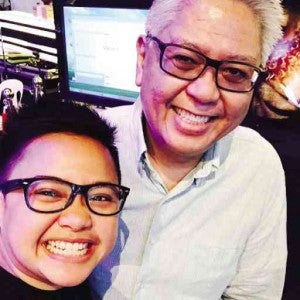 I like best the arrangements of “Kay Ganda ng Ating Musika” and “Can This be Love” and Aiza’s interpretation of “Tuwing Umuulan at Kapiling Ka” and “Araw Gabi.” It’s quite difficult to choose just one fave song in the CD.

Who is the fellow OPM (Original Pilipino Music) icon you would like to pay tribute to?

Willy Cruz, George Canseco, Jose Mari Chan and their music. Their respective songs represent an era when meandering, soulful and soaring melodies were the norm. I had been a big fan of these three gentlemen before I entered the music industry.

Sought-after inspirational speaker Michael Angelo is raring to be the next TV sensation in GMA News TV’s “#MichaelAngelo” (3 p.m., every Saturday).

On board with him is Chooks-to-Go, the popular brand of oven-roasted chicken. Their partnership began when MA delivered a talk to the company’s executives, who were impressed with his “intertainment” style—that’s a term he coined, referring to his way of motivating people, which is “inspiring and entertaining.”

Corresponding activities and fun promos will also be posted on the Chooks-to-Go Facebook page. Every episode will be a collection of jokes, gags and irreverent interviews with celebs and politicians.

The segments will showcase MA’s talent as a veteran inspirational public speaker, mobile content provider, best-selling author and brand endorser. Michael Angelo is on the verge of creating a masterpiece—on TV, this time.

Damo guid na salamat to my palangga Ilongga sis, Jewel May Lobaton for being my guardian angel 24/7.