A very hip-hop ‘Thrilla in Manila’ 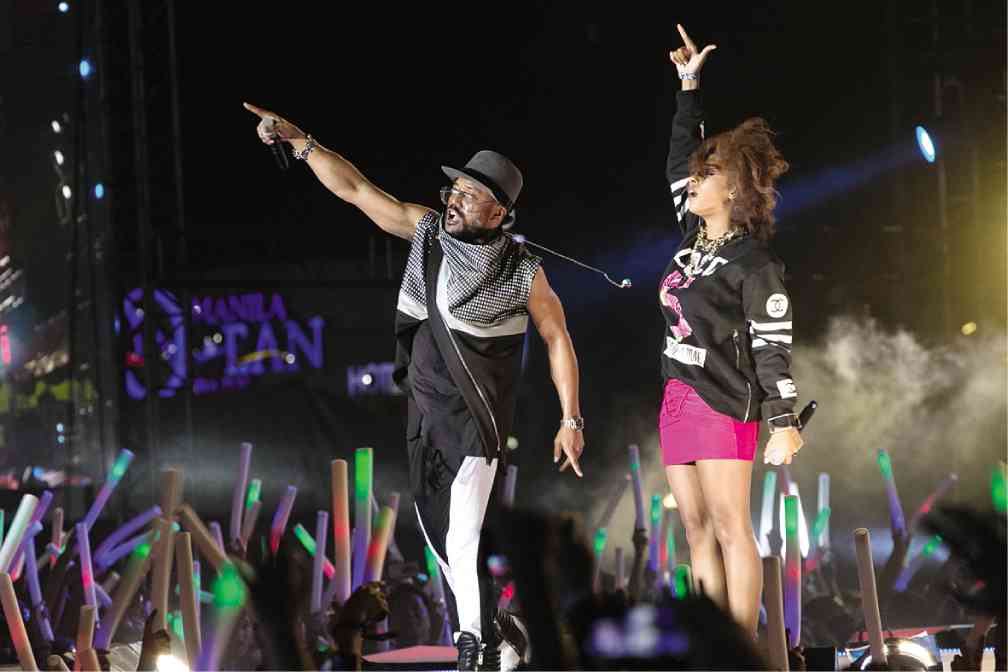 At its most rousing, the first MTV Music Evolution was a massive hip-hop throwback party, with the show’s main act, Naughty by Nature, prompting some 22,000 fans to holler and wave their arms in the air in unison, as the group—through its thumping music—rolled back the time by a few decades.

“We’re going to turn on the time machine on your a****!” the Grammy Award-winning hip-hop trio, composed of Treach, Vin Rock and DJ Kay Gee, roared at the crowd that gathered at the Quirino Grandstand earlier this month.

Naughty by Nature, which hails from New Jersey, was playing in Manila for the first time and the members were expecting to witness a “pandemonium.”

And they got what they had hoped for.

The audience sang and jumped to just about every hit dished out by the still-vigorous performers—“Hip Hop Hooray,” “It’s On,” “Craziest,” “Jamboree” and more.

The music was infectiously head-bobbing, with a focus on rapid-fire, yet still melodic, rapping set to funky beats and samples. DJ Kay Gee scratched the vinyl, adding that extra pop. The set had a palpable old-school feel. 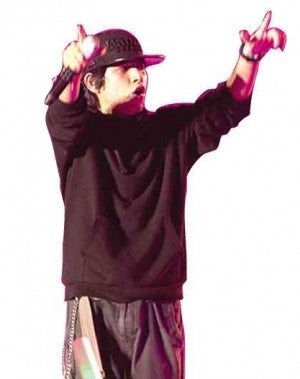 ABRA made the girls shriek.

But one need not be an “old-schooler” to appreciate the group’s music, said Vin, after seeing that there were lots of young people in the audience: It’s not about age, but vibe. “Old school means that if you’re blessed enough to live to see the next day, then the previous day, week and month is your old school,” he said to wild cheering.

Aside from being engaging showmen, the members knew how to woo a local crowd.

Vin rocked a red T-shirt that said, “Filipino Nature,” while Treach donned one with “FrancisM” emblazoned on the back. Every so often, the group paid homage to the late Filipino hip-hop icon, blasting snippets of “Mga Kababayan Ko” and “Kaleidoscope World.”

Hip-hop has gone through lots of changes through the years, the latest being the propensity of rappers to collaborate with electronic dance music artists. It might be different from the music Naughty by Nature makes, but they’re not knocking it.

“You can’t expect music to sound the same…You need to come up with new sounds,” Treach said in a group interview, hours before the show. “You can’t predict the future of music. But I will ride the wave like it’s a bull.” 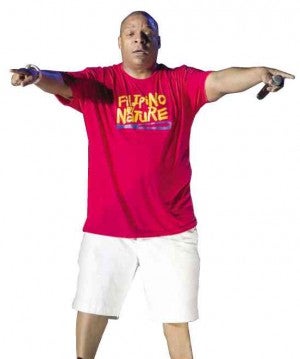 True to the show’s theme of music evolution, all the other acts in the lineup each had a distinct style and take on hip-hop, which they showcased in their respective sets. 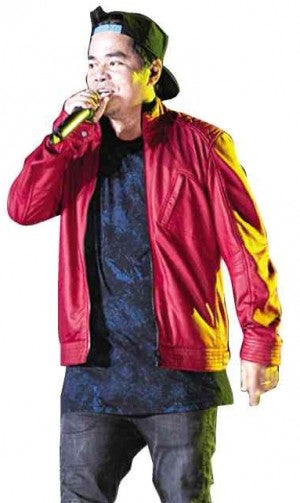 GLOC-9 paid homage to his idol.

The American DJ Cash Money manned the booth, dispensing a whirling mix of heady tunes both classic and contemporary, while showing off his exceptional vinyl scrubbing skills.

Another American performer, the young rapper YG, turned out to be the night’s cheekiest, peppering his set with expletives. He was joined by Slim 400 and DJ Goofy 500 in performing a 15-song medley, which included “My Hitta, Don’t Tell ‘Em,” “Who Do U Love” and “I Just Wanna Party.”

Unlike Naughty by Nature’s set, YG’s throbbed with chunkier beats; his rapping style, more leisurely. At one point the rapper said he didn’t mind if bras and panties would get thrown to the stage. And then he realized that the show was being recorded live and would be aired in at least 160 countries.

Meanwhile, the Filipino artists weren’t to be denied their moment.

The first one onstage was Gloc-9, who’s well on his way to becoming a local hip-hop icon, despite his reluctance.

The rapper’s music seamlessly married hip-hop and rock, most evident in the empowering “Sirena” and the sassy “Sumayaw Ka.” And as he does so often in his shows, Gloc-9 paid tribute to Francis Magalona, one of his biggest idols. 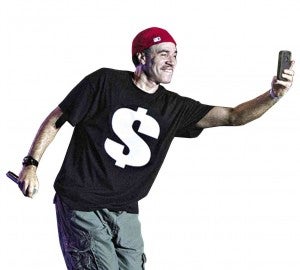 “I wouldn’t be here if it weren’t for him,” he told the crowd, pounding his chest and raising his arms up. Standing before a sea of glowing lights, Gloc-9 then performed FrancisM’s hits “Three Stars and a Sun” and “Kaleidoscope World.”

“I don’t think much about impressing foreigners. My main concern is to give a good show. We’re honored to be part of this event,” Gloc-9 said earlier.

Abra had the young girls shrieking, as he tackled “Poor Country” with his group, Lyrically Deranged Poets. Known for incorporating R&B into his music, the FlipTop star also shared the stage with Ron Henley in “Biglang Liko” and Loonie in “Tao Lang.” The three joined forces in “Cerberus.”

Crank up the energy

Filipino-American artist apl.de.ap of The Black Eyed Peas cranked up the energy further, with “I Gotta Feeling.” Apl, who sang “Bebot” and “The APL Song” (with Slapshock’s Jamir Garcia) ended his set by bringing in Abra, Loonie and Jessica Reynoso for “Where is the Love”—with the verses delivered in Filipino.

In a display of solidarity, the MTV Music Evolution ended with all the rappers cooking up musical bedlam onstage, as thick confetti rained down.

“This is history in the making,” Naughty by Nature bellowed. “It’s like a hip-hop version of ‘Thrilla in Manila!’”