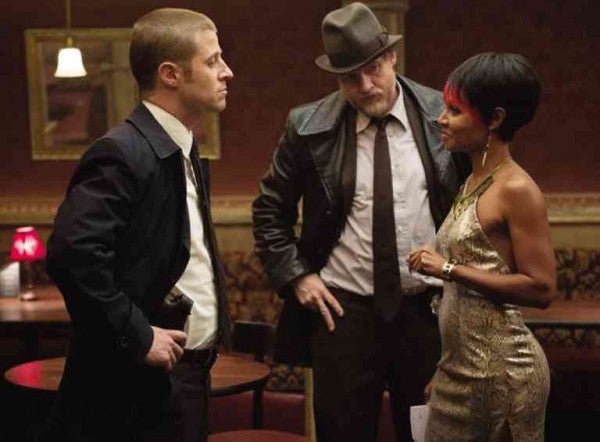 Batman’s origin as a stretched-out TV serial is far from perfect, but the first season of the prequel show establishes a formidable enough re-imagining of the iconic comic-book lore.

Currently being raised by his butler-guardian Alfred (Sean Pertwee), a former soldier, he begins investigating his parents’ deaths. But “Gotham” isn’t just his story.

Detective James Gordon (Ben McKenzie), an honest cop, discovers the corruption and incompetence of Gotham City’s police force. The series follows his mission to clean it up and actually solve some cases. He starts with his reluctant and jaded partner Harvey Bullock (Donal Logue), whom Gordon eventually convinces to help out.

“Gotham” isn’t how we might remember it from the comics or the various movies. The rogues are different, for one; they aren’t the costumed “freaks” that audiences are familiar with, yet, but the show showcases their origins as well.

Selina “Cat” Kyle (Camren Bicondova) is a thieving runaway who befriends Bruce, and occasionally gets him in trouble.

Jerome (Cameron Monaghan), son of a circus snake-charmer, is heavily hinted as the future “Clown Prince of Crime,” the Joker.

There are other future villains that are introduced. But the series also introduces the merciless gang leader Fish Mooney (Jada Pinkett Smith), who wants to take over Gotham’s crime groups.

The impressive roster is ably explored and developed, for the most part; like “Smallville,” the show deals with the eventful life of the young hero, preflashy heroics, and the supporting cast that got him to that more recognizable, costume-clad point.

The show is uneven, though, especially near the end of the first season. While the series begins rather impressively, the focus on the main characters becomes less balanced, and important parts prior to the finale are just needlessly prolonged.

Gordon’s cases, surprisingly, are mostly interesting, cementing the procedural direction that the show is taking. The future Batman’s arcs are likewise engaging, although they tend to wander, almost aimlessly, before getting to the point.

Quite perplexing are some long arcs, one of them centering on the serial-killing Ogre (guest Milo Ventimiglia), who makes his presence known for a couple of episodes, and the rushed final episodes of the season, where everything happens, often with little or no explanation.

The long-hinted at gang war escalates, with an inexplicable time jump happening in the episode. The chaotic finale fails to deeply explain new alliances (Fish and Cat’s), and the baffling shift in Barbara Kean’s (Erin Richards) mental state.

Too bad Pinkett Smith is only signed for this initial season. Scene-stealing Fish, while polarizing (if online reaction to her is any indication), has some of the show’s most unpredictable and deliciously shocking moments.

But “Gotham” will no doubt recover from the mess, and will likely create new ones—hopefully, the chaos is much more controlled and more creatively done next season, now that the mostly compelling characters have been reestablished.

Leading up to the movie version’s release next month, all eight seasons of the HBO comedy series “Entourage” will return over two consecutive weekends, from May 30 to 31 (Seasons One to Four) and June 6 to 7 (Seasons Five to Eight), from 12 p.m., on HBO Signature.

The series will also be available on HBO GO.

The second part of “I Juander’s” fourth anniversary special features hosts Susan Enriquez and Cesar Apolinario on a food trip in Palawan. It airs May 20, 8 p.m., on GMA News TV.