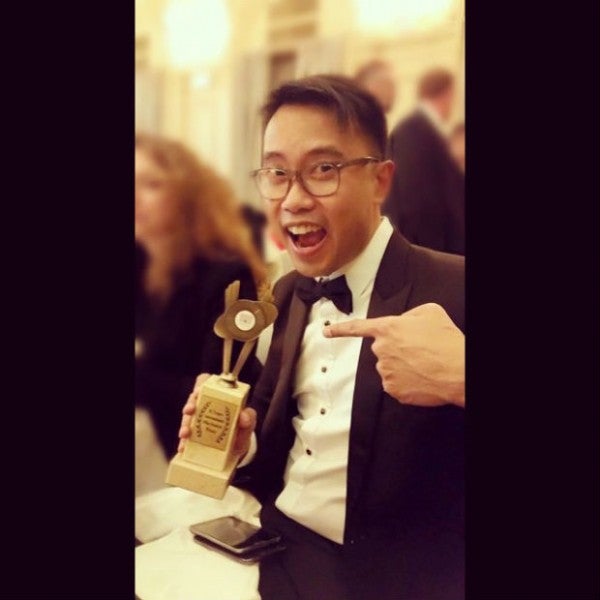 Filipino films won top prizes in two international film festivals in South Korea and in the south of France.

Meanwhile, Emilio Garcia bagged the best supporting actor in a foreign language film award for “Magkakabaung.”
“I am so glad to win two awards,” Intalan said. “I was already content when Ate Guy (Aunor’s nickname) won.” Winning best foreign language film was a great bonus, he said, “especially since I initially felt daunted by the other competing filmmakers after meeting them at the awards night.”

Aunor told the Inquirer that the award is a special birth anniversary gift and a wonderful send-off present before her trip to Cannes.

Aunor, who turns 62 on May 21, leaves Sunday for the Cannes International Film Festival, where her latest movie, Brillante Ma. Mendoza’s “Taklub” is competing in the Un Certain Regard section.

“I was so happy to receive the good news from our talented director himself,” Aunor told the Inquirer.

Although Saint-Tropez is only an hour’s drive away from Cannes, Aunor and Intalan will not get to meet in France. “I am flying to New York on the same day that Ate Guy arrives in Cannes (on Monday).

‘Dementia’ is competing at the Soho International Film Festival in New York next week.”

Cabrido told the Inquirer that the honor came as a surprise. “I didn’t expect to win since competition was stiff.” He shared the award with the film’s entire team.

“We are thankful because this is our film’s second award in an Asian fest, after winning best supporting actor (for Miggs Cuaderno), cinematography, editing and sound at the Cinemalaya last year,” said Laban.

“Children’s Show” previously won the special jury prize in the Orient Express section of the Oporto International Film Festival in Portugal and the special jury prize, grand jury award for best screenplay (for Ralston Jover) and emerging filmmaker award (for Cabrido) at the Fantastic Cinema Festival of the Film Society of Little Rock in Arkansas.

Laban said he felt “overwhelmed” by the latest honor of “Children’s Show,” especially since it came on the heels of his coming project’s inclusion in the Nantes Festival of Three Continents-Taipei Produire au Sud Workshop.

“The new film I am producing is entitled ‘Raining Roses’ and it is directed by Taiwan’s Rina Tsou whose mom is Filipino. I met her at the Berlinale last February,” Laban said.

For additional details, read the coming story in the newspaper’s print edition. DPL