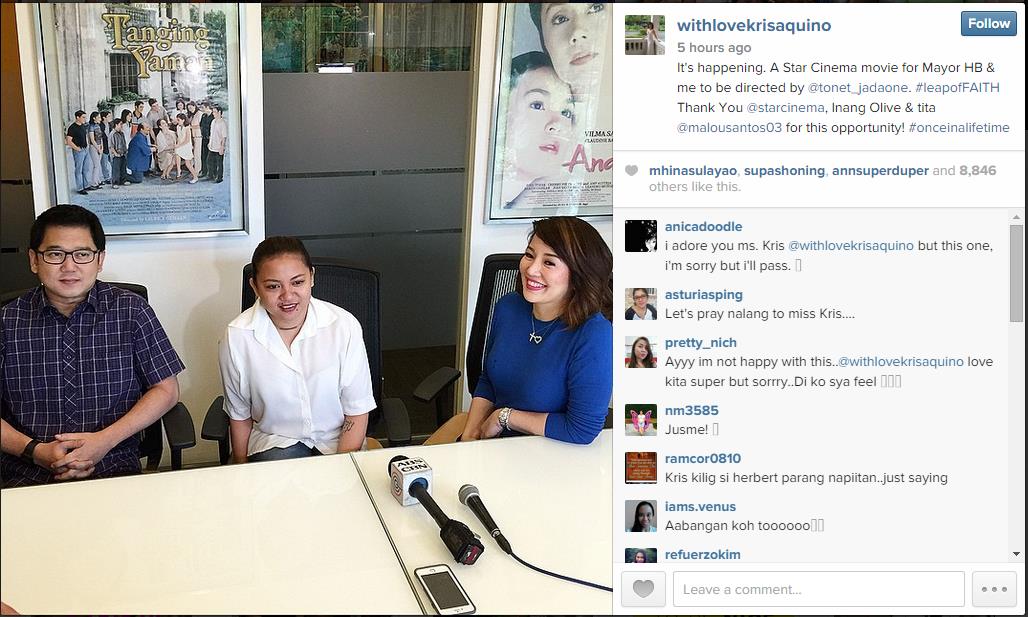 In an Instagram post on Friday, Aquino said the film would be directed by Antoinette Jadaone, director of the hit Cinema One Originals picture “That Thing Called Tadhana” and writer of the Metro Manila Film Festival entry “English Only, Please.”

“It’s happening. A Star Cinema movie for Mayor HB & me to be directed by @tonet_jadaone,” Aquino wrote.

“Thank You @starcinema, Inang Olive & tita @malousantos03 for this opportunity!” she added.

Aquino and Bautista reportedly renewed their ties as friends after a brief romantic relationship. YG