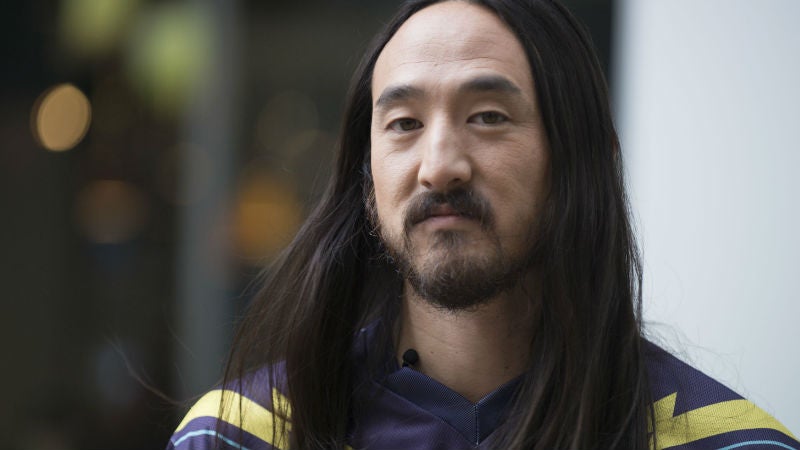 This Oct. 28, 2014 file photo shows, Steve Aoki on “The Morning Show,” in Toronto. Aoki is undergoing surgery to repair his vocal chords. The 37-year-old electronic music artist says in video posted Thursday, May 14, 2015, on Facebook that he’s canceling five performances in Europe to undergo the surgery. (Photo by Arthur Mola/Invision/AP, File)

The 37-year-old electronic music artist says in a video posted Thursday on Facebook that he’s canceling five performances in Europe for the operation and recovery.

Aoki says in the video that he “severely messed up” his vocal cords by screaming at his shows for the past 20 years. He also showed images of his damaged vocal cords.

The disc jockey is a prolific presence on the electronic dance music scene and has collaborated with the likes of will.i.am, LMFAO, Iggy Azalea and Lil Jon.