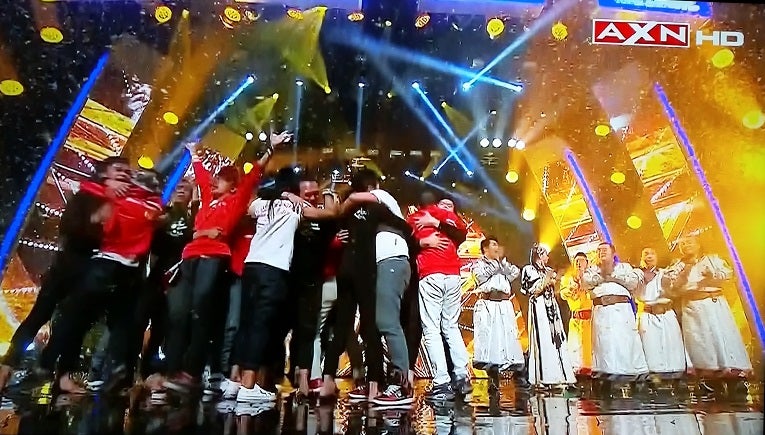 Netizens expressed their disappointment after the results of “Asia’s Got Talent” leaked on social media hours before the talent show was aired on Thursday.

At around 6:20 p.m., an Instagram photo allegedly shared by an account with the username “starmometer” showing finalists El Gamma Penumbra and Khusugtun onstage started circulating online. 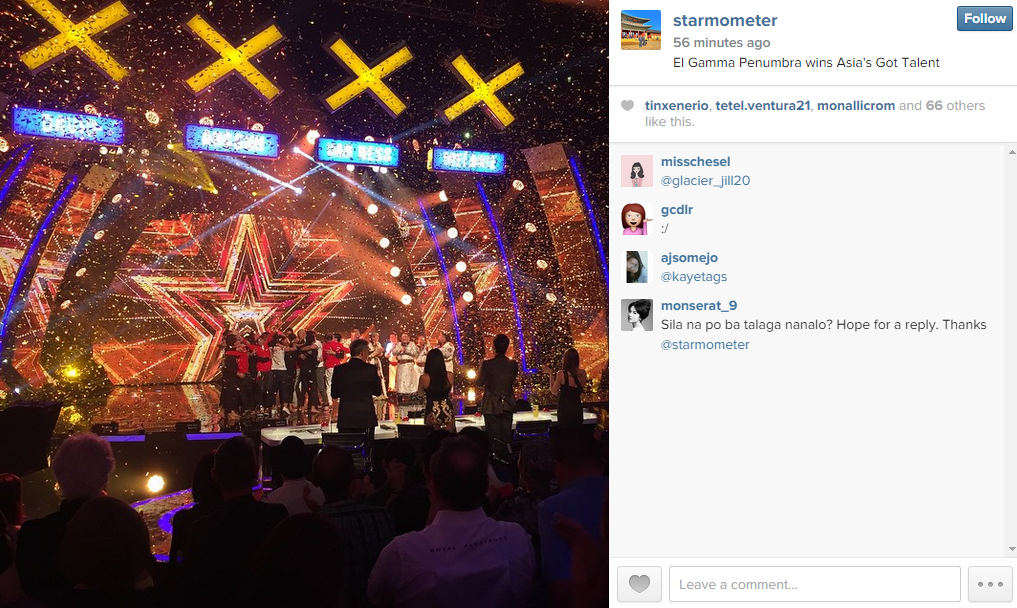 The person who took the photo was supposedly one of the audience members at the grand finals.

The information, which spread immediately, came out some four hours before the official announcement of the winners on the show’s network AXN.

While many netizens were happy about the good news, some were not pleased about the spoilers.

Some local websites also leaked the results of the show prior to its airing in the country.

“Just wondering: Who is the source of this news, apart from simply being in ‘social media’? And is the source reliable? Until it is officially announced by the people behind AGT, this should be considered as unofficial news,” a user named DetectiveMask said in one post.