2 films rated ‘A’ by cinema board 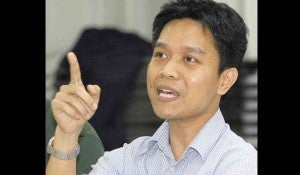 The CEB members described “Sayaw” as “radical, short of being subversive. [It is] an almost seamless fusion of poetry, dance and cinema. [It is] culturally rooted [and has] an unconventional way of storytelling perhaps meant to open people’s minds.”

The film’s dialogue employed “lines of poetry by feminist poets. [This] may, at the outset, seem rather presumptuous, but in the long run integrates well in this art film. Only a poet filmmaker could make this sound natural, which in other hands could turn out stilted,” a reviewer said.

The film tells the story of Marlon (Paulo Avelino), who is secretly in love with his literature professor Karen (Jean Garcia). Marlon stalks Karen and discovers that she also works as a choreographer. He then asks help from his classmate Dennis (Rocco Nacino) to teach him how to dance.

Jean Garcia is “a convincing dancer, who might be tailor-made for this role, or is it the other way around?” asked one reviewer. “It is as if you are dreaming when watching her portrayal.”

“For sure ‘Sayaw’ will get its fair share of screenings abroad,” one CEB member observed, “where the audience may be better attuned for the thoughtful, underwritten, brave script.” The film brought home the best cinematography and best original sound in the 2011 Cinemalaya Philippine Independent Film Festival.

Meanwhile, the Board said “Patikul” director Lamangan “has created a masterpiece that educates, enlightens and inspires.”

His direction “is excellent. He manages to create tension amidst relative calm, and was able to make his actors perform brilliantly,” commented one reviewer. Lamangan was also “admirably consistent with the story and theme without being too conspicuous in utilizing the instruments of the film medium.”

“Patikul,” an Xponential International Trading Inc. production, focuses on the problem of illiteracy in the Sulu town. It tells of the struggles of Amman (Allen Dizon), an illiterate Muslim coffee farmer in the fictional town of Kan-Age, to bring back teachers and students to a school terrorized by bandits.

The film is “still typically Lamangan in his socio-political commentaries,” a CEB member added, “but in this movie, he is more controlled and more focused.”

Read Next
Tuesday’s walls of fame
EDITORS' PICK
Leveling up your ‘lutong bahay’ with the kitchen companion you never knew you needed
SM prepares for ‘safe malling’
Notice of 2020 regular meeting of stockholders June 18, 2020
LIST: What to expect in areas under GCQ, MGCQ
Drilon wants repeal of penal provisions in proposed Bayanihan extension law
DOTr bares 2 phases of public transport revival in GCQ areas
MOST READ
LIST: What to expect in areas under GCQ, MGCQ
Duterte approves Metro Manila’s shift to GCQ starting June 1
Hong Kong loses US ‘special status’ — what next?
National Guard called to respond to Minneapolis violence
Don't miss out on the latest news and information.