It’s all about love and respect | Inquirer Entertainment

It’s all about love and respect

Although daunted, Rhian Ramos has no regrets about playing a lesbian
By: Allan Policarpio - Reporter
Philippine Daily Inquirer / 12:14 AM May 14, 2015 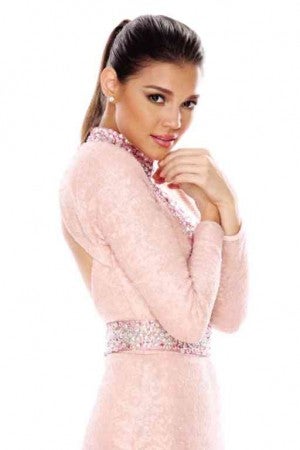 RHIAN Ramos thinks same-sex angle is but a single facet of the show.

Rhian Ramos, who replaced Marian Rivera as the lead actress of GMA 7’s latest primetime series “The Rich Man’s Daughter,” is hopeful that the show—which features lesbian characters—would have positive effects on women in same-sex relationships.

“It’s not really our intent to start a debate about what’s right or wrong … We just want to send the message that we should all treat each other with love and respect,” Rhian told the Inquirer.

“There are various races, religions … and we shouldn’t judge other people based on those differences, either,” added Rhian who was last seen in the 2014 soap “My Destiny.”

In the new Kapuso primetime soap opera, which premiered on May 10, Rhian plays Jade Tanchingco, a socialite who falls in love with Althea Guevarra (Glaiza de Castro). Upon learning that Jade is a lesbian, her father, a wealthy businessman (Al Tantay), offers P5 million to the man who could convince his daughter to get married.

While she doesn’t know that many lesbians, Rhian related that she’s surrounded by gay men—handlers, stylists, makeup artists—who sometimes confide their experiences in her. “I’m aware that they lead tough lives. I think it’s unfair that others treat them differently because of their gender,” she said.

She, however, stressed that her character’s affair with another woman is but a single facet of the show. “Every character has his or her own story to tell and battle to fight,” the 24-year-old Kapuso star said.

Meanwhile, Rhian said taking on the project came with a good deal of pressure, especially since its original lead star had already started shooting, before eventually withdrawing due to a delicate pregnancy.

“It scares me, but I’ll do my best and play the part my own way,” Rhian said, adding that she initially felt uncertain about accepting such a “challenging role.” “But I went for it. Because I’ve always believed that it’s better to regret doing something than regret not trying at all.”

So far, Rhian is happy—and a little relieved—that she’s been getting nothing but positive feedback from people in social media. “Even some of Marian’s fans messaged me on Instagram … to express their support,” she said.