Cannes-bound docu shows other side of Boracay

Filipino-Canadian filmmaker trains camera on the children of this paradise island
By: Bayani San Diego Jr.
Philippine Daily Inquirer / 12:25 AM May 13, 2015 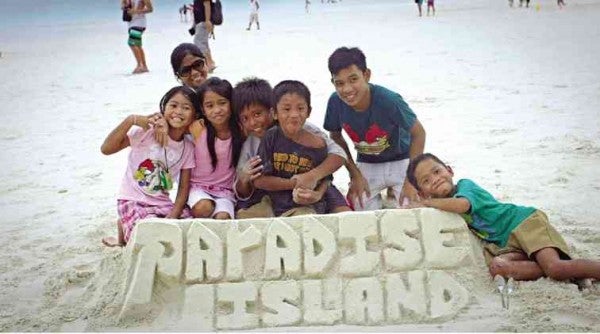 THE KIDS welcomed the filmmaker and her cameraman to their homes.

A third Filipino filmmaker got in the Cannes Short Film Corner program of the world’s top festival, which begins in the south of France Wednesday and ends on May 24.

Apart from Lyka Gonzalez (“Agos: The Manila Dream”) and Valerie Martinez (“Ube”), Kathleen S. Jayme, who is based in Vancouver, Canada, is Cannes-bound this year, too.

The docu tells the story of the island’s children who build sand castles for tourists in exchange for money.

“Since the late 1990s, my family has been traveling to Boracay,” she told the Inquirer in an e-mail. “Every year, I notice that the island is getting more crowded and polluted.”

Meeting the island’s children was an eye-opener, she admitted. “For the first time, I saw Boracay not just as a tourist destination, but as somebody’s home. I wanted to know how tourism was affecting the children’s lives.”

Accompanied by cinematographer Mackenzie Sheppard, Jayme sought to capture on camera a seldom-seen side of paradise.

“We need to start taking care of our environment,” she explained. “Even when we are on vacation, we need to be mindful of the people who call these places their home. This means treating the island with respect and reducing the amount of garbage we produce.”

The island plays host to over a million visitors every summer.

She acknowledged that the timing of her docu couldn’t be more appropriate.

“The docu comes at a critical time for the island and its residents,” she said. “Boracay is currently expanding its airport to accommodate larger aircraft and international flights. An estimated 3 million tourists are expected in Boracay in the next few years.”

She is thankful to the children and their families for opening their homes (and hearts) to her and her cameraman.

“They were so kind and generous,” she recounted. “They welcomed us into their lives.” 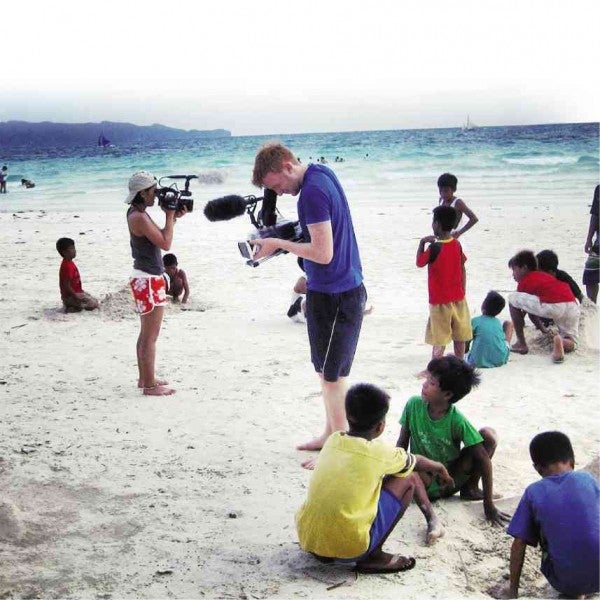 KATHLEEN S. Jayme and Mackenzie Sheppard now see the island as the home of these sand-castle builders.

At the end of each “stressful and hectic” filming day, Jayme and Sheppard would pack the camera “to play soccer with the kids. Those were my favorite parts of the entire shoot.”

As a documentary filmmaker, she said, she “endeavors to tell stories … that need to be told.”

Her “day job” as production coordinator at the National Film Board of Canada, she related, allows her “to make docus and learn from other experienced filmmakers.”

Although she counts Nimisha Mukerji, Nettie Wild and Jonathan Hock as “mentors,” she considers her grandfather, Danilo Santiago, the biggest influence on her filmmaking career.

Santiago, scion of the clan behind Golden Age studio Premiere Productions, directed films in his youth as well.

“Growing up, Lolo Dan always had a camera on hand, which he focused on me. He documented every single moment of my life. I am a filmmaker because of my Lolo Dan,” she recalled.

At Cannes, Jayme will have the chance to document, and relish, every moment in the French Riviera for her beloved lolo.

“I am ecstatic. I am both nervous and excited … I am looking forward to experience one of the greatest film festivals in the world,” she owned up. “My goal is to learn and soak in as much as I can.”