I don’t care who they are, where they’re from, what they did—Nick, Howie, AJ, Brian, and Kevin are still members of the world’s biggest boyband and they showed Manila what it means.
By: Vida Lacano
INQUIRER.net / 03:34 PM May 07, 2015 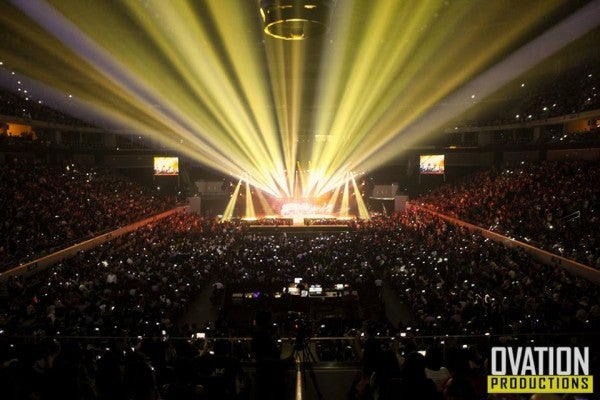 Manila, Philippines—Backstreet’s back, all right! Okay, I will apologize hereon if this article will contain BSB puns, but that’s how it’s going to Get Down from here. The Backstreet Boys’ concert in Manila is part of their In A World Like This world tour, and Filipino fans were lucky to have witnessed the boys—now grown men, actually—perform their hit songs that have transcended time and age. Their Pinoy fans, which the group has collected over a period of 22 years, were all set and ready to party with them. And party with them they did.

Local performer Tippy Dos Santos opened the show with music that the 90s is made of : a boppy take on Christina Aguilera’s Come On Over, a cover of Natalie Imbruglia’s Torn, and a heartfelt rendition Lisa Loeb’s Stay (I Missed You), effectively setting the crowd’s mood for some throwback feels for the night. She also sang an original song she recorded with Sam Concepcion and Quest, Dati, before closing her set with Taylor Swift’s Shake It Off. It made for a good start for the evening.

And then the lights finally went off.

The crowd, with all their energy pent up for release should the boys suddenly appear onstage, were ecstatic when the video wall suddenly played a video homage to James Bond wherein the boys were portrayed as master spies. It was all shrieks and screams, which I’m sure went a few decibels higher after a few minutes later as the boys finally made their appearance, all glorified in matching blue suits. For all we know, this could be how it feels when you see The Avengers for the first time. Fitting because AJ McLean looked like Tony Stark the whole time. 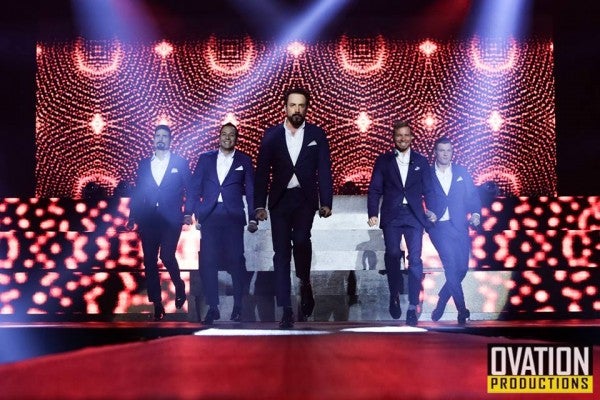 The boys started their set with an electrifying performance of The Call, the second single off their Black and Blue album, which was released more than a decade ago. Their dance moves showed their fans they still have what it takes to shake up an arena. They then sang the fast-tempo song Don’t Want You Back from their highly publicized Millennium album, followed by the power ballad Incomplete from their album Never Gone, wherein Nick Carter and Kevin Richardson showcased their musical talents by playing the piano and guitar respectively.

Nick Carter soon took center stage, shouting “Manila!” while the spotlight focused on him. “Every single one you is beautiful; I think I can live here for good,” he said to the crowd, which was met with unbridled excitement. He added, “There are two rules to this concert: we want you to go crazy, and act like you’re 15 years old!” He also introduced the rest of the group. They went on to sing more of their hits, such as All I Have to Give with their dance moves still on point as it was on their music video, and the upbeat As Long As You Love Me which made the audience scream excessively loud. Too loud, in fact, because the metal railings inside the MOA Arena started to vibrate from the noise. Take note: they didn’t have a back-up band. 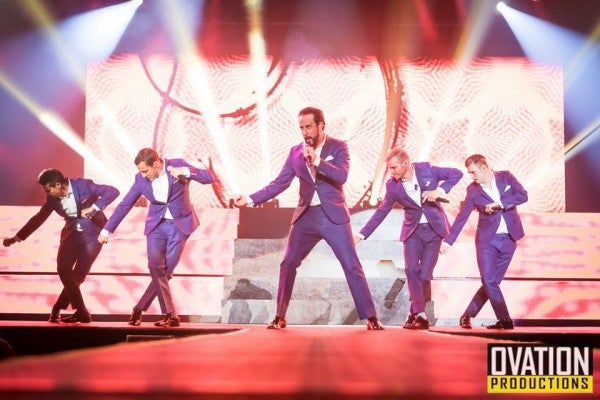 The boys went on to sing Show Em (What You’re Made Of ) from their new album In A World Like This which Kevin Richardson and Howie Dorough wrote for their children. They also crooned to Show Me The Meaning Of Being Lonely in which Brian Littrell showed off his vocal prowess by hitting all the high notes of the song. They also went on to sing I’ll Never Break Your Heart, performed as though the boys were a doo-wop group. Then they up the ante with a super-charged performance of We’ve Got It Goin’ On, a song from their title album, presented like it was 1995 and they boys were the half their age. The noise was getting louder and louder that Kevin just had to quip, “they know how to sing in the Philippines.” This song, by the way, was the song they were promoting when they first visited the country in 1996. Nineteen ninety-six. Good Lord, I was just in grade school then, and yet the energy of the song still lives on through these men. 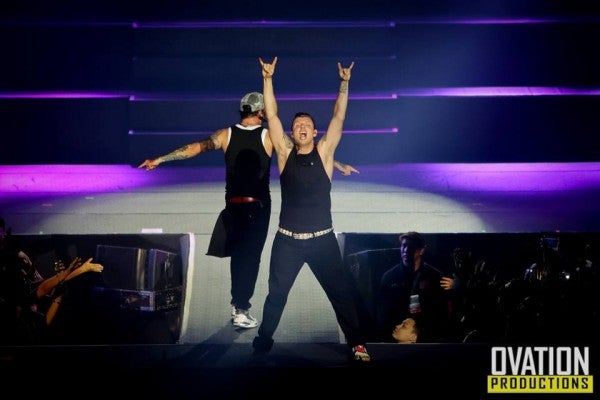 The group’s show made an acoustic detour, and the audience saw the boys performing with their own instruments: Nick, Brian, and Howie on guitars, and AJ and Kevin shuffling between the Cajon and piano. They sampled I Want It That Way and Drowning—playfully cutting it short just as the audience were singing them. They proceeded to sing 10,000 Promises, a song from the album Backstreet’s Back, delivering on the acoustic and vocal expectations just like how it was performed unplugged in 1997.

Nick soon started a playful banter with the rest of the group, saying that “If Howie puts a moustache and a goatee, he’s gonna look like Manny Pacquiao!” This prompted rounds of laughter and cheer from the audience. They went on to say “We want a rematch!” and that the “Backstreet Boys are big fans of Manny Pacquiao!” When they sang Madeleine, a song also from their new album, they interchangeably replaced Madeleine with “Manny” and “Pacquiao.”

“What do you when you’re a grown man in a boyband?” the boys ask in a video snippet of their movie. Yes, the Backstreet Boys will have a movie coming out soon. It crossed my mind that it could be the boys are trolling the audience because they liked doing it to their video presentations in between costume changes, but it’s one trolling I’d like to happen in real life. The video showed the line best selling boyband ever and for the latter part of their show they did prove to everyone why they are, in fact, they best selling boyband to date. They went on to perform more of their greatest hits such as The One, Love Somebody, Shape of My Heart, In A World Like This and finally, I Want It That Way. Then they went onstage again, closing the show with two more encores, Everybody (Backstreet’s Back) and Larger Than Life, wherein the boys brought the house down and left everyone literally deaf after an explosive finale. RIP, speakers and eardrums.

And that, ladies and gentlemen, is what makes these overgrown men in a boyband larger than life indeed. Pun intended.