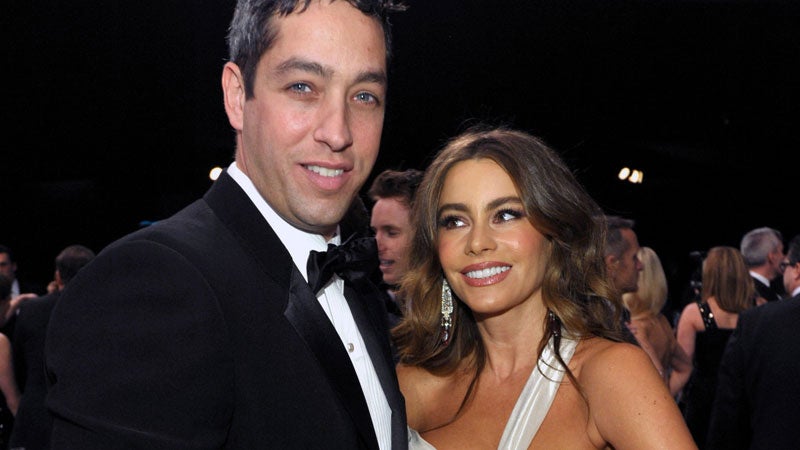 In this Jan. 27, 2013, file photo Nick Loeb, left, and Sofia Vergara pose in the audience at the 19th Annual Screen Actors Guild Awards at the Shrine Auditorium in Los Angeles. Vergaraâs former fiance Loeb said in op-ed heâs written that he sued the âModern Familyâ star to protect their frozen embryos because he longs to become a parent and doesnât want the âtwo livesâ he created to âbe destroyed or sit in a freezer until the end of time.â(Photo by John Shearer/Invision/AP, File)

LOS ANGELES— Actress Sofia Vergara’s ex- fiancé’s demands that she give him two frozen embryos they created — referring to them as “our girls” — highlights the wider legal and ethical issues surrounding frozen embryos created by in-vitro fertilization.

Businessman Nick Loeb wrote Wednesday on NYTimes.com that he has sued the “Modern Family” star for the embryos because he longs to become a parent and doesn’t want the “two lives” they created to “be destroyed or sit in a freezer until the end of time.”

He said he “push(ed) for children” after he and Vergara got engaged in 2012, and said the couple agreed the following year to try in vitro fertilization and a surrogate to have children. Loeb wrote that they signed a form stating that any embryos they created could only be brought to term if both of them agreed. He said the form didn’t specifically say, as California law requires, what would happen to the embryos if they separated.

He is seeking to have the document voided. He and Vergara split in 2014. She is now dating actor Joe Manganiello.

Loeb said Vergara’s lawyer has told reporters that she wants to keep the embryos frozen indefinitely. A publicist and attorney for Vergara did not respond to requests for comment Thursday.

Courts have wrangled over what to do with frozen fertilized embryos since at least the early 1990s. But with laws that cover contracts between couples varying by state, consensus is still emerging — and judges are reluctant to compel either a man or woman to become a parent against their will, experts say.

“If I am the judge I don’t know what I would do. I certainly would put some emphasis on the contract because that was the course they chose to pursue,” said Charles Kindregan, Jr., co-author of “Assisted Reproductive Technology: A Lawyer’s Guide to Emerging Law & Science,” when asked about the Vergara case. “The question would be for me: Can I force this woman to become a mother?”

Many judges have looked to a 1992 Tennessee case between a woman in a divorcing couple who sought custody of frozen embryos, and a husband who wanted them destroyed. The state Supreme Court eventually ruled in his favor, reasoning that the embryos had to be treated differently from property that could be divided equitably, or children, whose custody is awarded based on what is best for them.

But the Tennessee court also left an opening, ruling that if embryos were the only means by which the person seeking them could become a parent, that should carry some legal weight, said Steven H. Snyder, a Maple Grove, Minnesota, attorney specializing in law covering fertility and assisted reproductive technology.

In 2012, the Pennsylvania Supreme Court employed just such a test, awarding frozen pre-embryos to a woman who claimed she was incapable of having children after her treatment for cancer.

In Vergara’s case, her former fiancé wrote that he has offered “to pay for all expenses to carry our girls to term and raise them.”

READ: Aiza Seguerra, Liza Diño plan to have a baby through IVF

“If she did not wish to share custody,” he wrote, “I would take on full parenting responsibilities and agree to have her declared an egg donor.”

That isn’t likely to sway a judge, wary of depriving a child of support from one parent, should the other change his mind or become unable to provide support, Snyder said.

“That’s a wonderful promise,” he said, “that can’t be kept.”