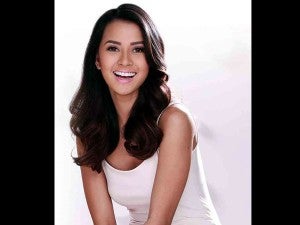 On Tuesday’s episode of “Aquino and Abunda Tonight,” Gonzalez’s manager and celebrity host Boy Abunda read a statement from the expecting celebrity mom.

The statement read: “We are three months along the way and heartbeat is very strong and all is good and healthy.”

She said that they only decided to announce the news on Tuesday because the first three months of a woman’s pregnancy are “critical.”

“Couples usually wait to clear the first three months because [it’s] the maselan/delikado (critical) months. No one wants to announce it and then have something untoward happen kaya couples wait and prefer privacy muna,” Gonzalez said.

She also thanked her fans for their support.

Gonzalez and Intal tied the knot in a beach wedding in Palawan last December. IDL