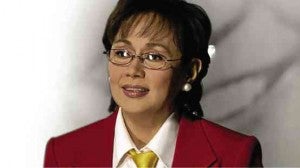 Fans of Vilma Santos felt especially gratified last Holy Week, when they were treated to two of their fave’s screen starrers, one after another: Last Holy Thursday, Vilma’s most recent film, “Ekstra,” was replayed on ABS-CBN, followed by her “classic” “MMK” drama, in which she shared stellar billing with Ricky Davao and Maja Salvador.

The TV screening of “Ekstra” heartened Vilma’s fans because it was a bracing departure from her usual starrers. It was strikingly simple and acutely realistic, “daring” to cast her, not as a star, but as a lowly, faceless bit player in the movies.

Jeffrey Jeturian’s indie surprised fans with its gutsy decision to cast Vilma in an “everywoman” role that they could fully empathize with. And it delighted TV-film industry insiders even more with its spot-on and satirically “knowing” details about the un-glamorous side of the biz—where extras work for a pittance while waiting for hours and hours for spoiled and overpayed stars to finally deign to show up for their shooting or taping schedules!

It was also such great fun for “real” stars like Piolo Pascual, Marian Rivera, Cherie Gil and Pilar Pilapil to candidly and even ruthlessly spoof themselves and their stellar colleagues, the better to drive home the key and telling point that show biz can be a vicious den of harsh and cruel inequality.

“Ekstra” is precisely the kind of film that Vilma should be making at this time in her life, when she’s so busy with other, more political concerns.

This way, she can continue to act in at least one significant movie a year, even as she focuses on more nationally “important” pursuits!

As for Vilma’s “MMK” replay, she and Ricky turned in emotionally charged and committed performances in it as the parents of a girl (Maja) with cerebral palsy.

Vilma’s character, in particular, refused to capitulate to the dreaded illness’ terrible demands and tragic consequence, and the portrayal she turned in was one of her career bests.

It’s good that our TV channels are replaying iconic shows and performances, because new generations of viewers are made more aware of and grateful for past thespic achievements, which make them more enlightened and demanding viewers today—to keep our TV-film people on their toes!